Timothy and I had hot day yesterday exploring some new and revisiting some old outside of New Washington, IN. We took some brisk turns heading out with a robust northerly wind; it makes you manly! After traversing some known gravel Timothy's route found some new stuff along the northern edge of the route, but many of the roads, especially those to the north near the Muscatutuck River showed the damage from all the intense rain and recently wind we've had in the general area. Many roads either had fresh gravel to mask the washouts, making for tough plowing. Or they didn't yet have their fresh gravel so descents became rather dicey trying to avoid the washouts. 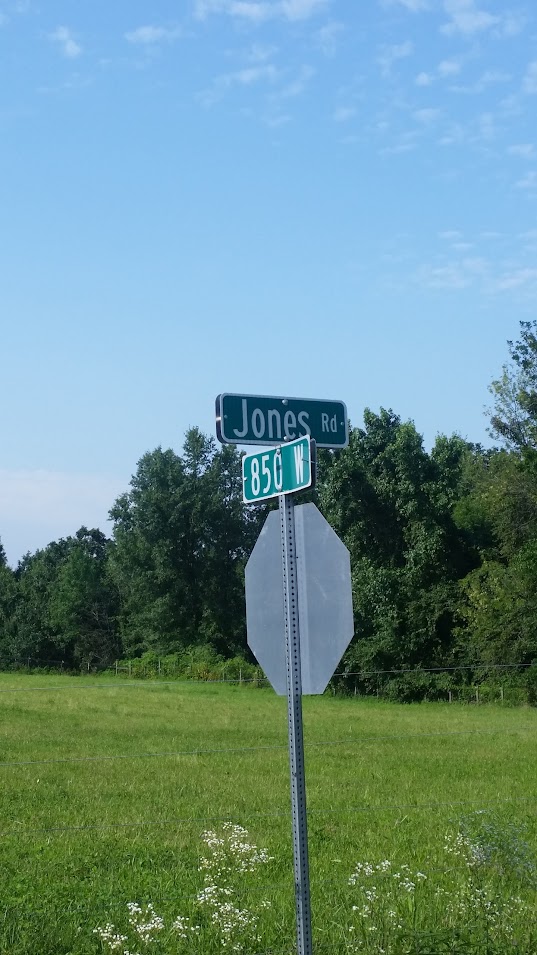 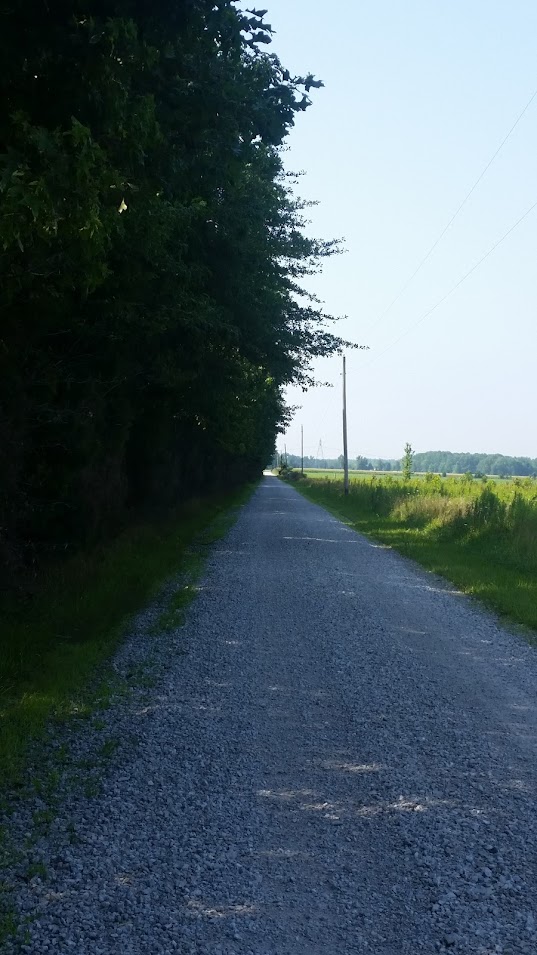 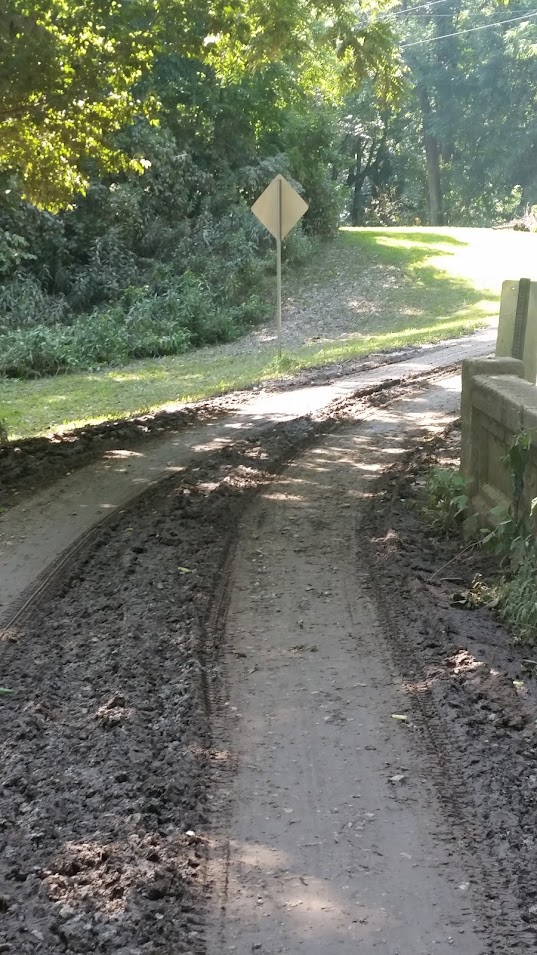 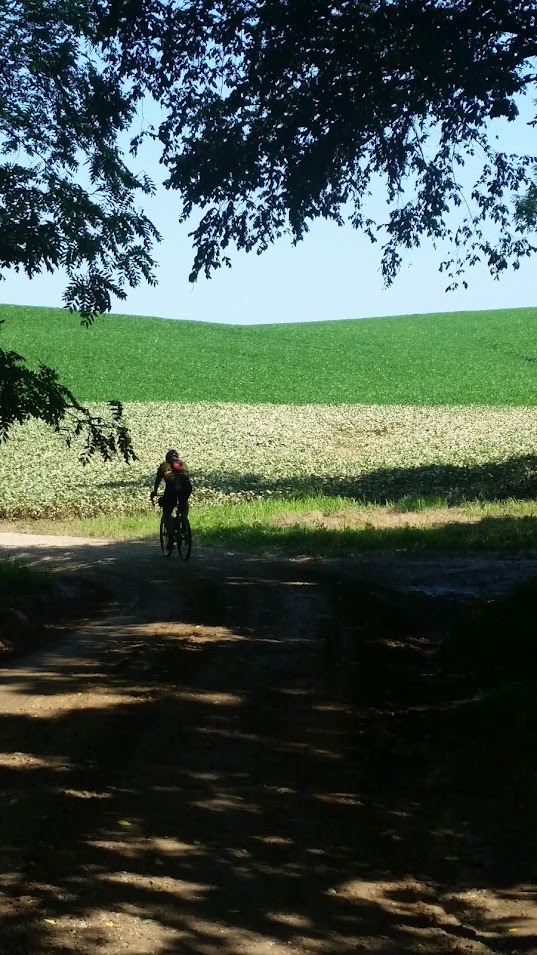 The color differences in this demonstrate the level of recent flooding. The brown line is the flood point, probably some 10 feet above Timothy's head


The lunch break in Hanover was appreciated, as I had already drunk 100oz of fluid in just 3 hours up to the this point. The temps around 90 weren't crazy, but the combo of head, humidity, sun, and lack of heat exposure (it's been a mild summer of temps) made for a tough day. After a hearty lunch we hit the road south, thereby losing the nice tailwinds that had nurtured us for much of the route.  Eventually we descended 10 Cent Rd, outran the dogs, and found our river route flooded out. Oh well. That meant a backtrack back up the steep 10Cent. Oh well. By this time we were both getting a little leg tired and heat-afflicted, with foot swelling making for a tough day. You know when you reach that "back to the barn" point in a ride. I suspect the last 10 miles was it for us. 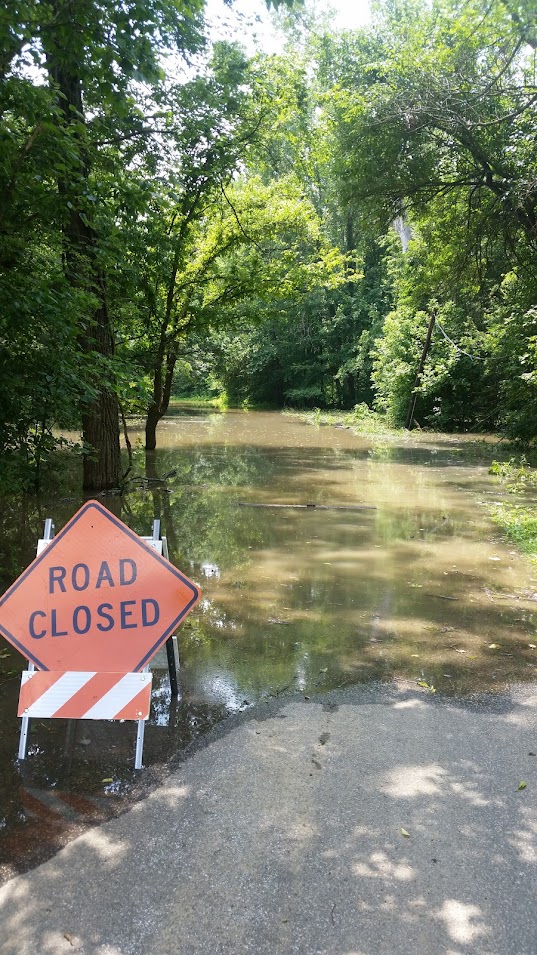 It was a fun day taking in some VitaminG after a long layoff. Timothy designed a nice course and I think we both improved our fitness a bit. After yet more storms last night, I suspect some of the bottom roads we were on yesterday or now impassable again. Crazy. Be careful out there!