I can't currently walk, so that either indicates that a swell time or a miserable one was had by all. Mr. Crowell and I decided to be more ambitious than your average S24O and make for that next ring of sites that isn't readily available like our usual Jefferson Forest one. Mr. Crowell decided on Hardy Lake given that Clifty Falls, with its pretty meadow site, was busy with festival traffic for the weekend. Hardy would also required a 55-mile trip, and neither of us had camped there.

Not unlike a usual S24, we left late afternoon, only this time, instead of a mellow 1.5hr easy slog through the city, we had 55 miles of rolling IN terrain on out plate, a fair piece of it in the dark. 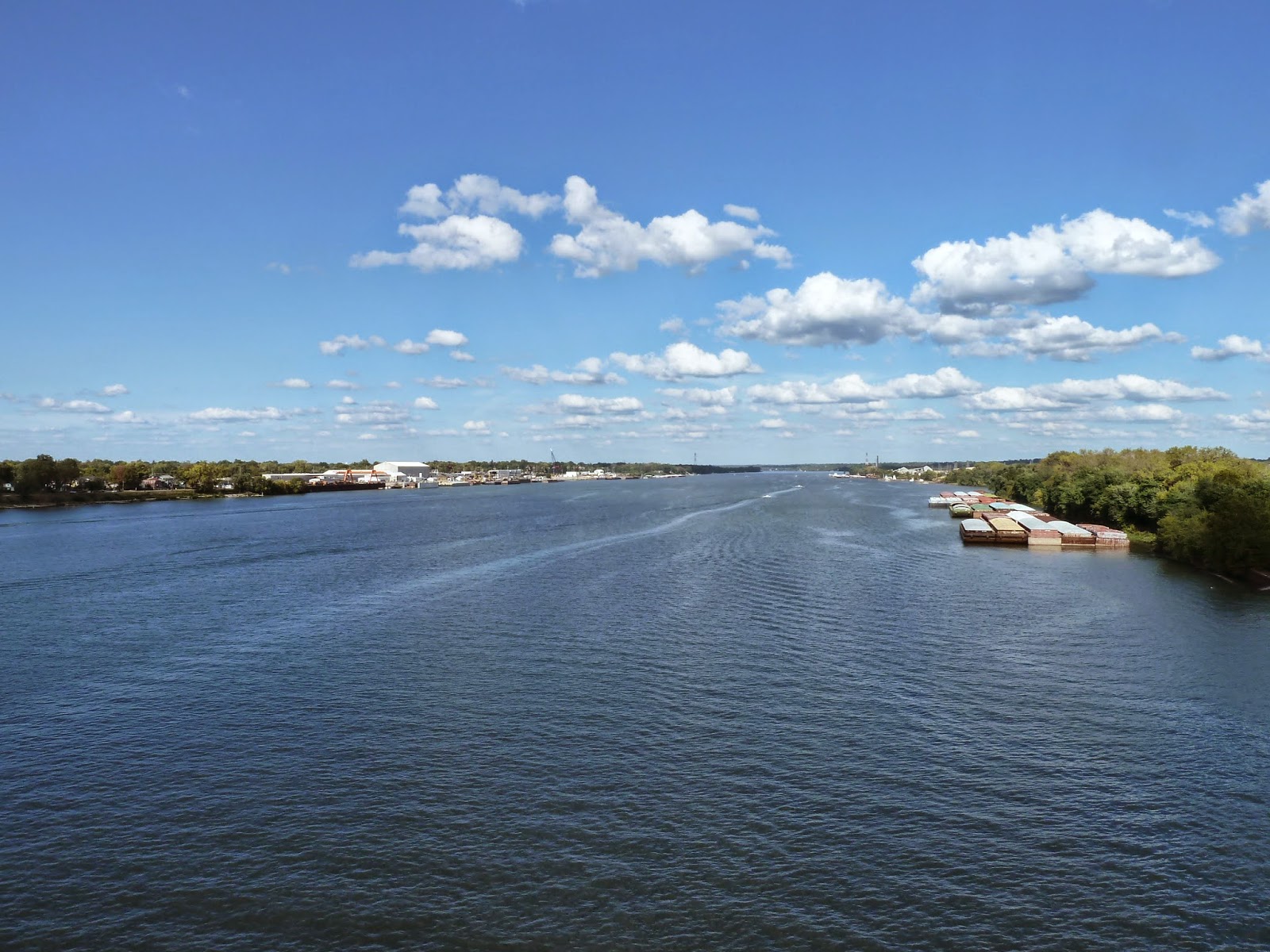 Once we crossed onto Bethany Ln things got slightly more interesting. Below we have Mr. Crowell consulting his gps. This wouldn't be the only time. "Wink, nudge, elbow". The set began its decline and the Golden Hour set in. 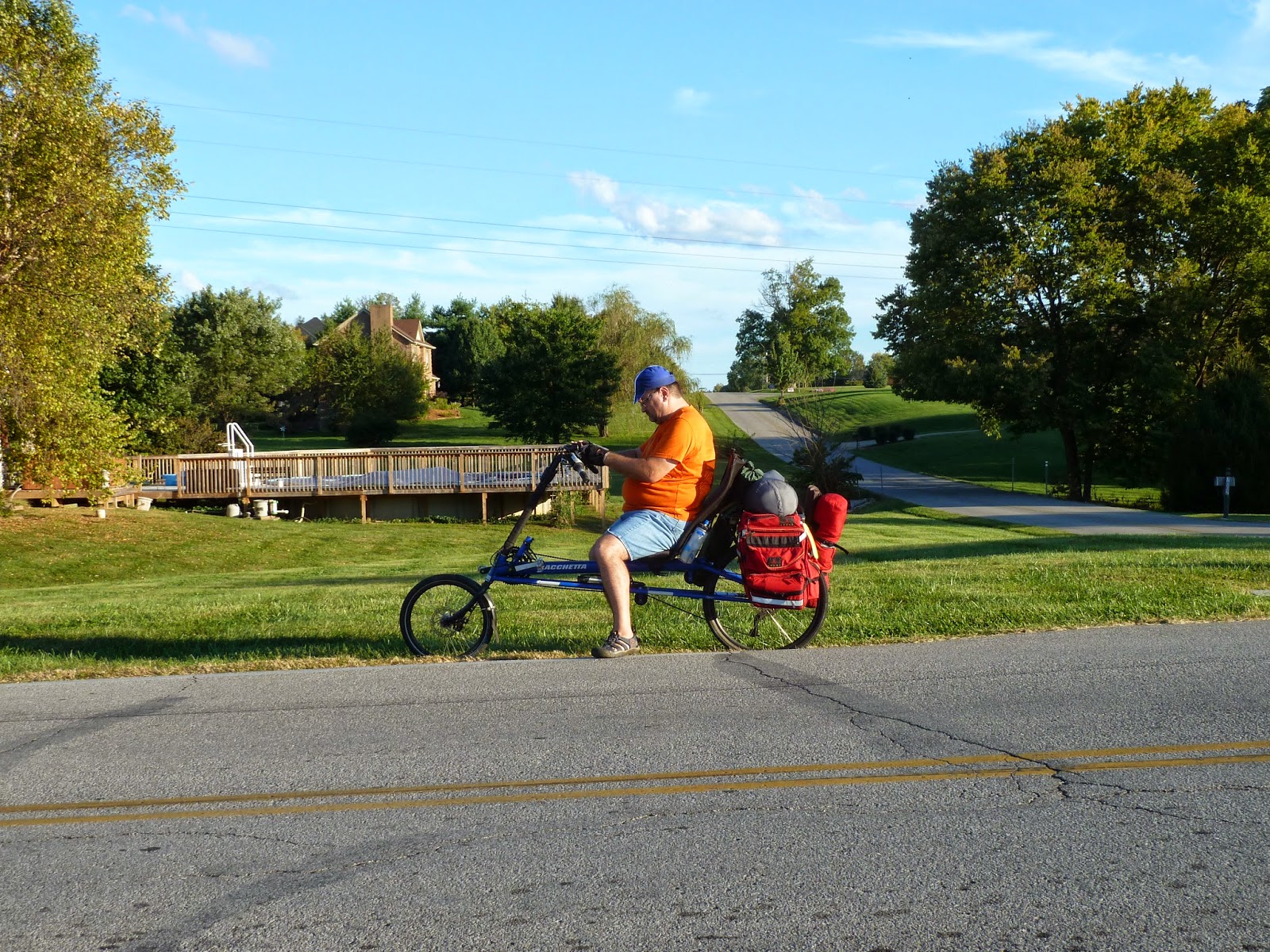 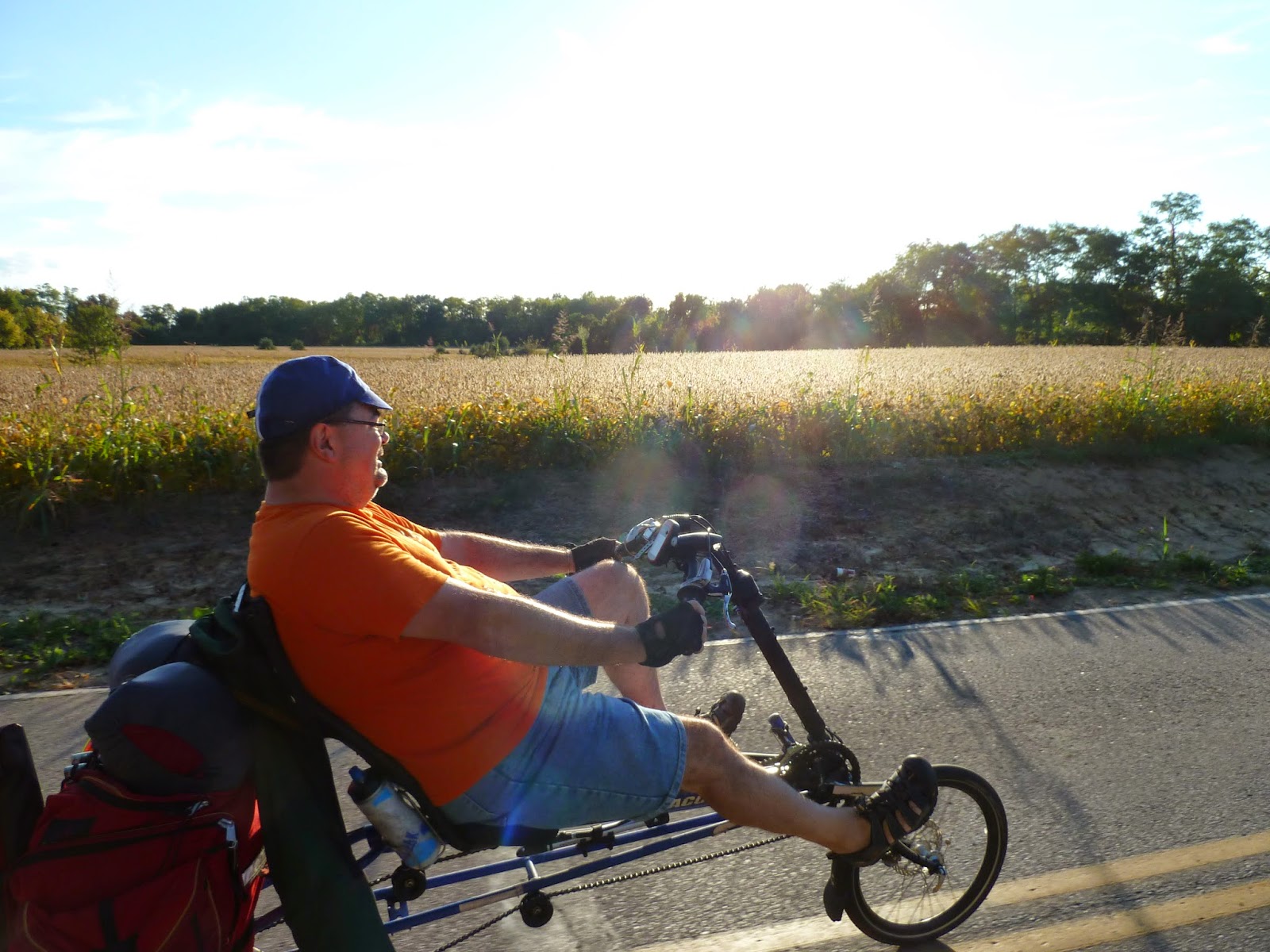 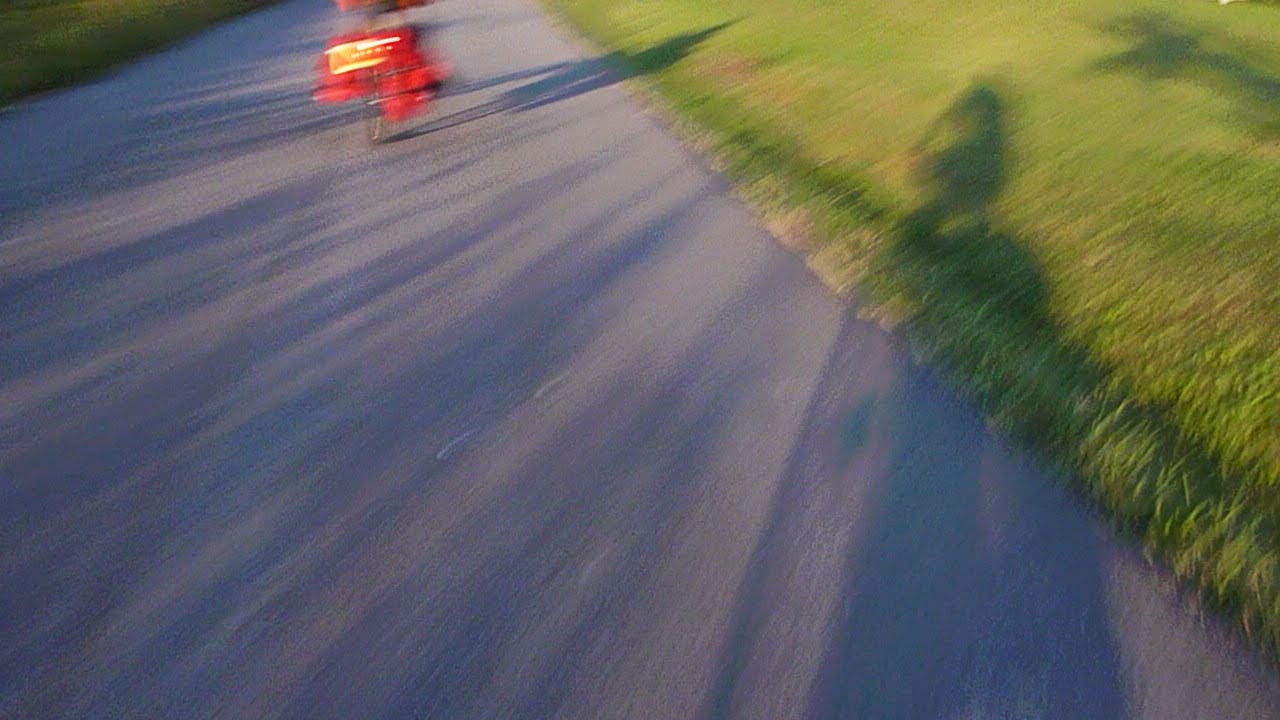 As the sun set and the clouds began to do their dance I stopped several times to capture just the right sunset pic. These suffice, I think. 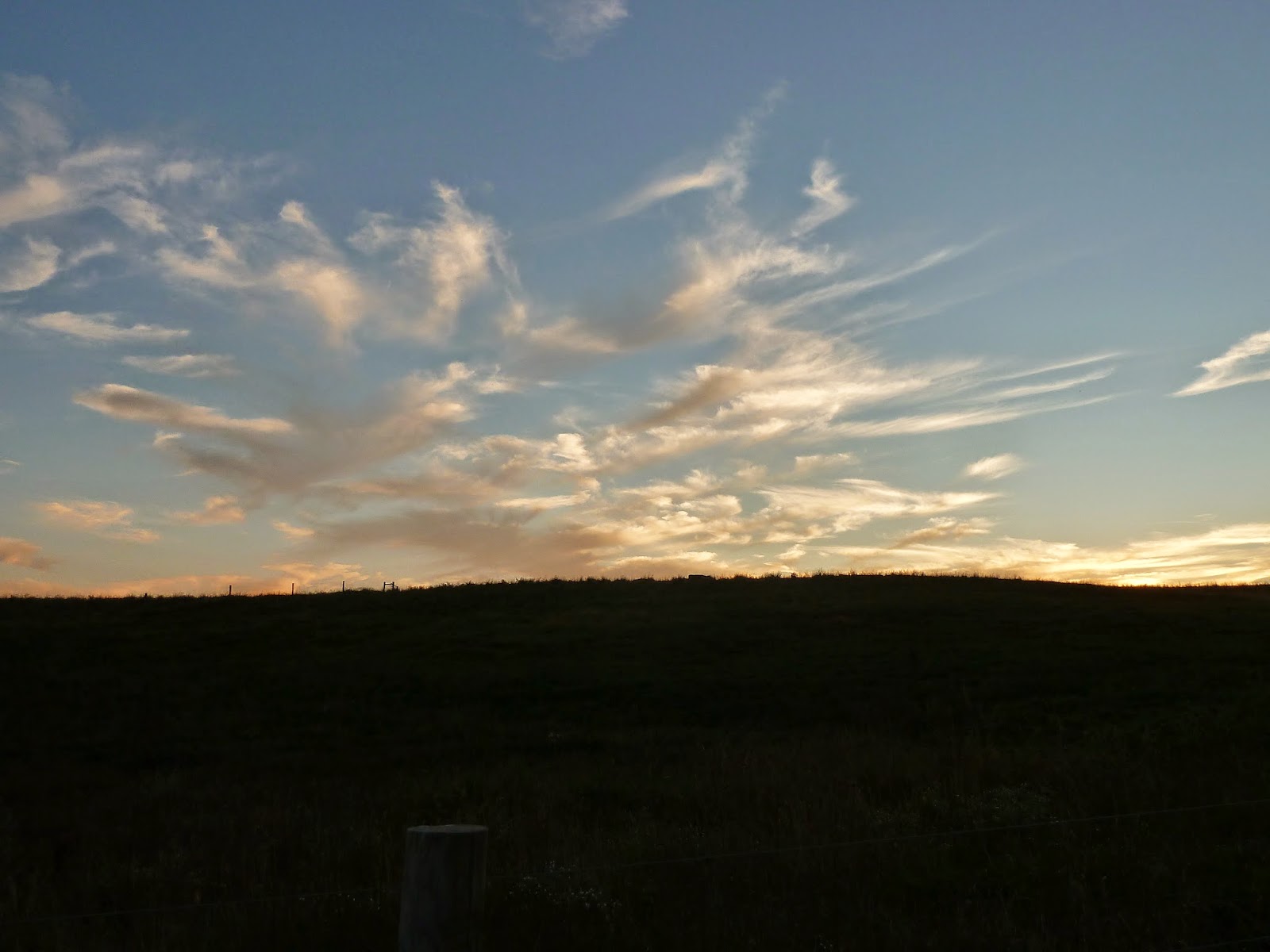 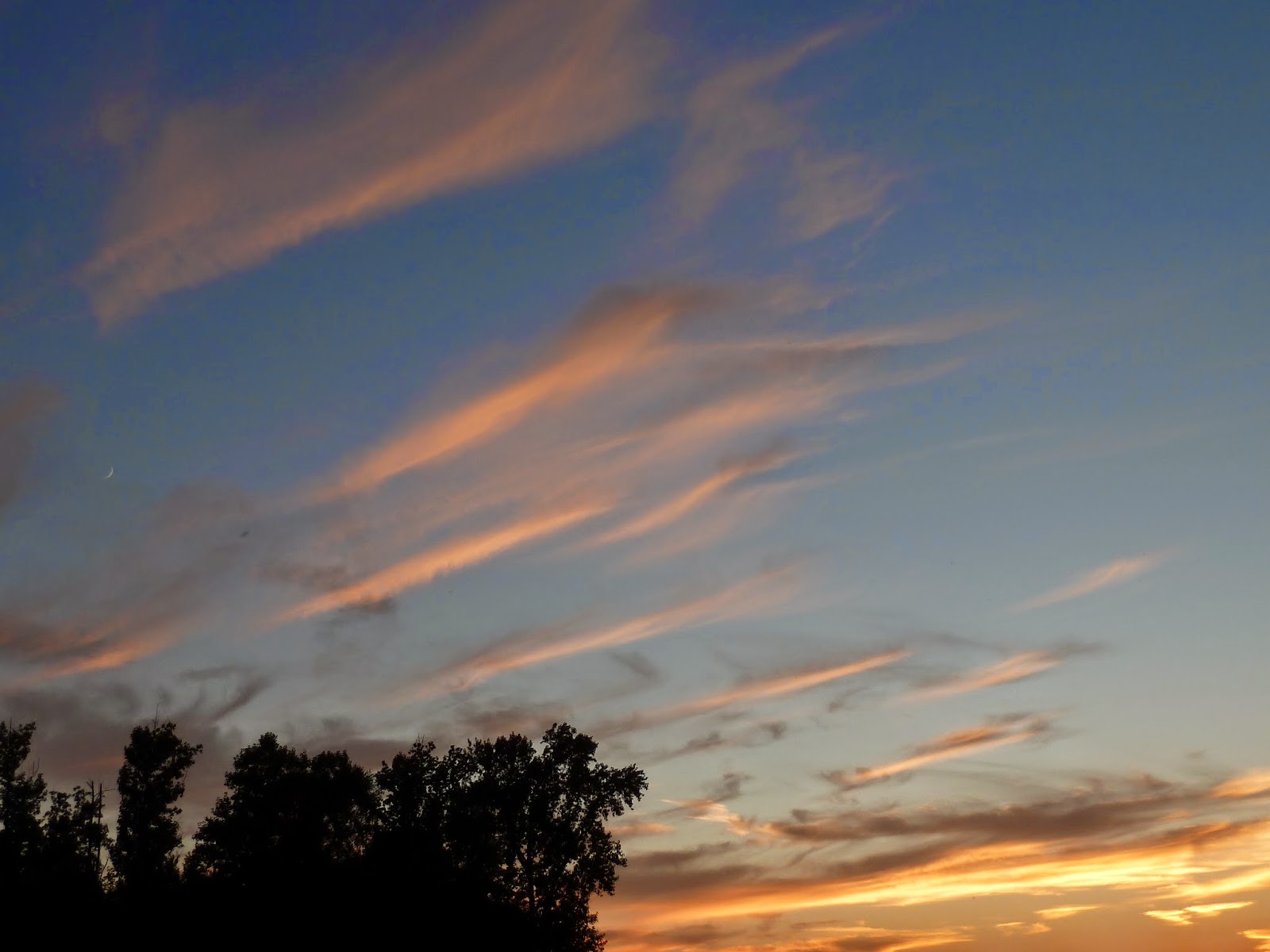 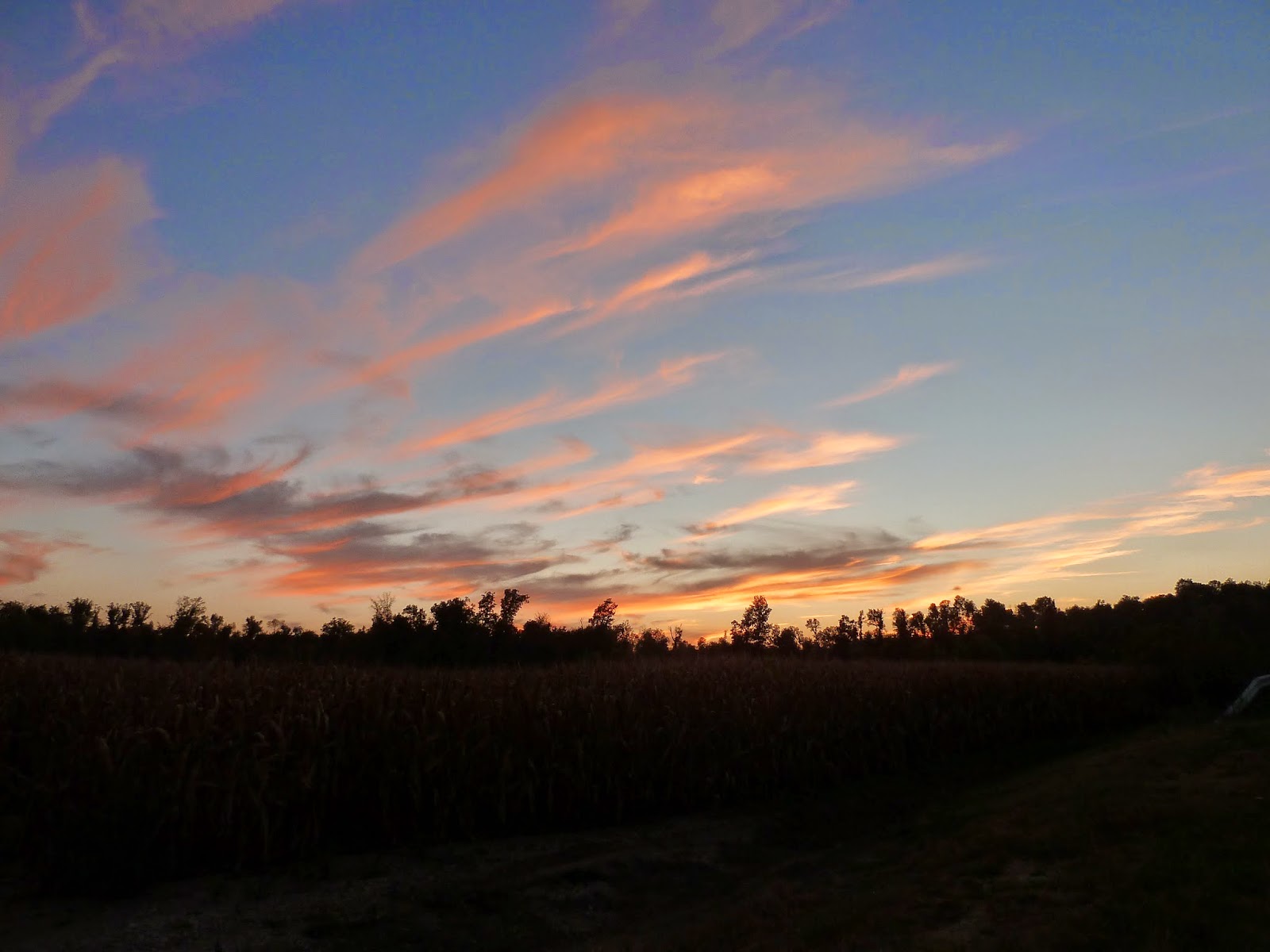 At some point it became night, obviously, and at some point we ended up in Scottburg when we were supposed to be in Austin. Once a little sleepy and tired, I get whiny and testy, so for me the goal was FOOD, and CAMP. After devouring a cold Coke at a gas station and supplying up with more junk, we began our last leg comparing our respective lights, my knife-edge utility of the dyno and Dave's blunt force trauma of his Dinottes. There were more folks out than expected. 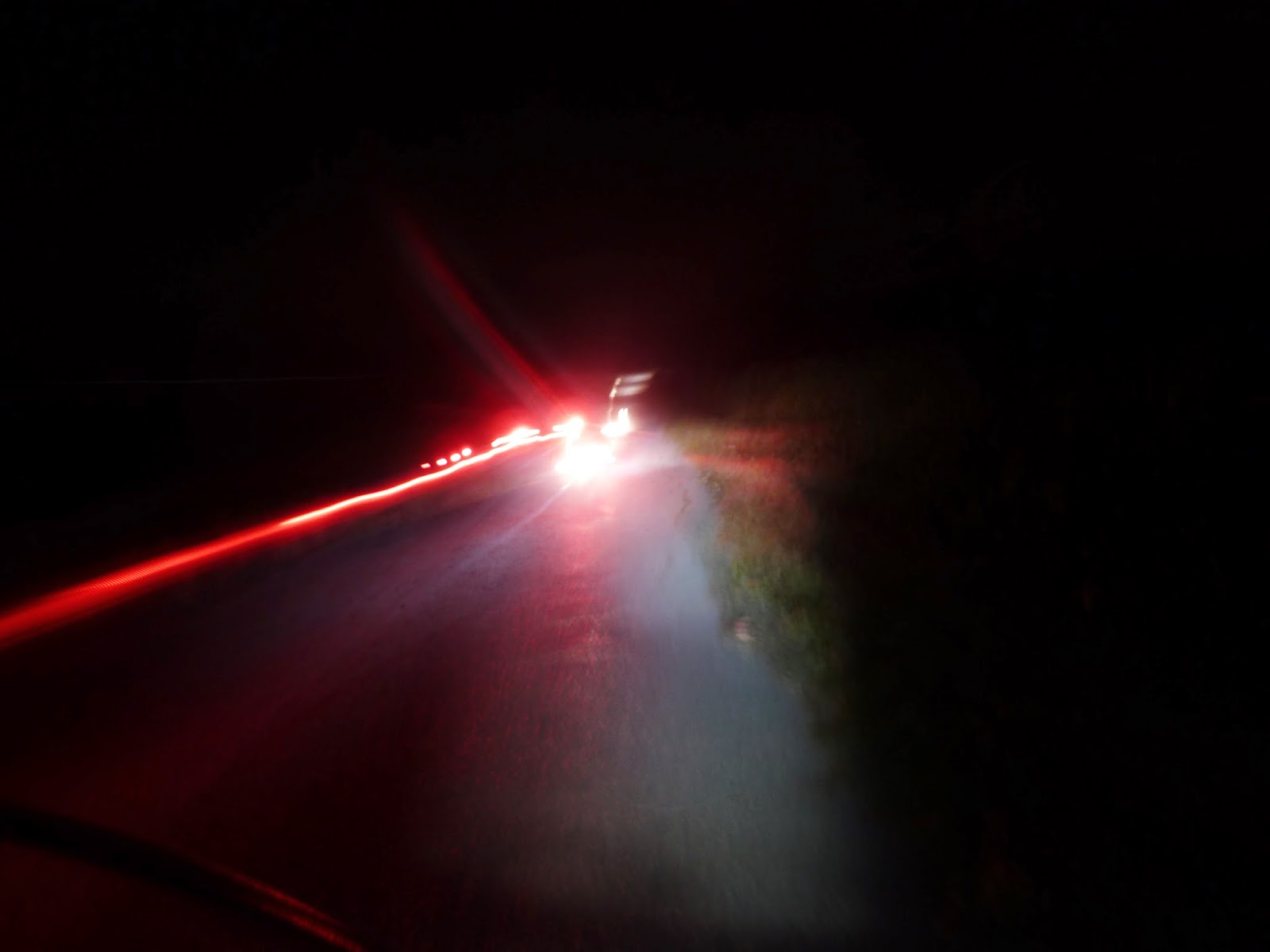 We didn't arrive until almost 11, and I was pretty exhausted. It was a quick camp set up, but unlike the usual quiet tones of some other campgrounds, this one had jokers playing glow-in-the-dark football in one spot and classic rock blaring in another. I was worried that we were in for a redneck fest. Interestingly enough, quiet hours kicked in at 11 and we might have been the noisiest in the camp. We ate efficiently and I headed for bed about an hour after arrival. Tired. 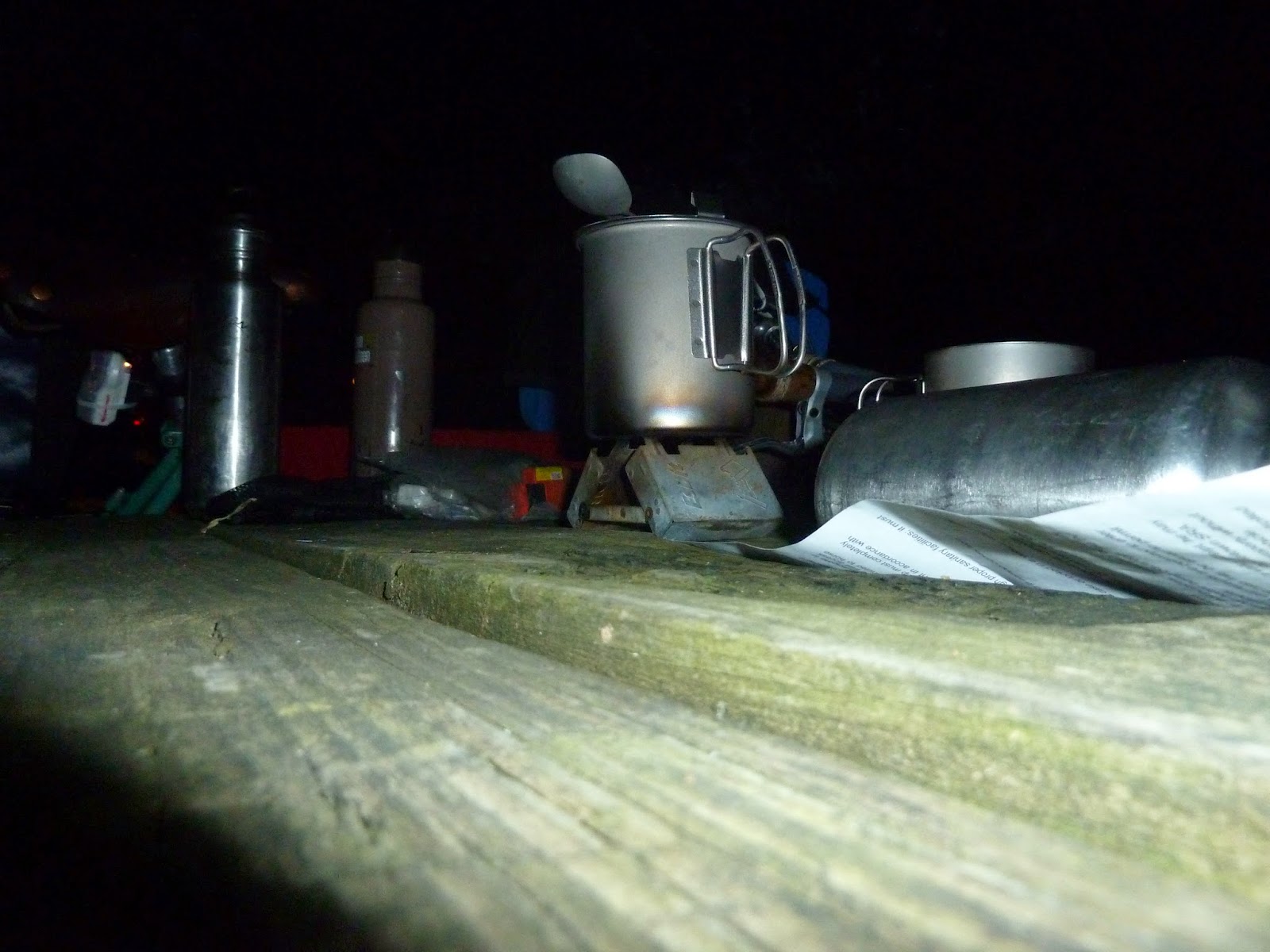 The out roll was fun, especially catching the sunset and the nighttime riding. I slept like a rock and only tossed a bit in the morning right around when other folks were rousing as well at 7, the official end of quiet time. To my surprise in the dull morning light, I found that the camp was surrounded on 2 sides and that we were in for a treat of a sunrise. I even made Dave get up and take a look. I took many pics and had a couple nice discussions with what looked like a youth group at the end of the peninsula. 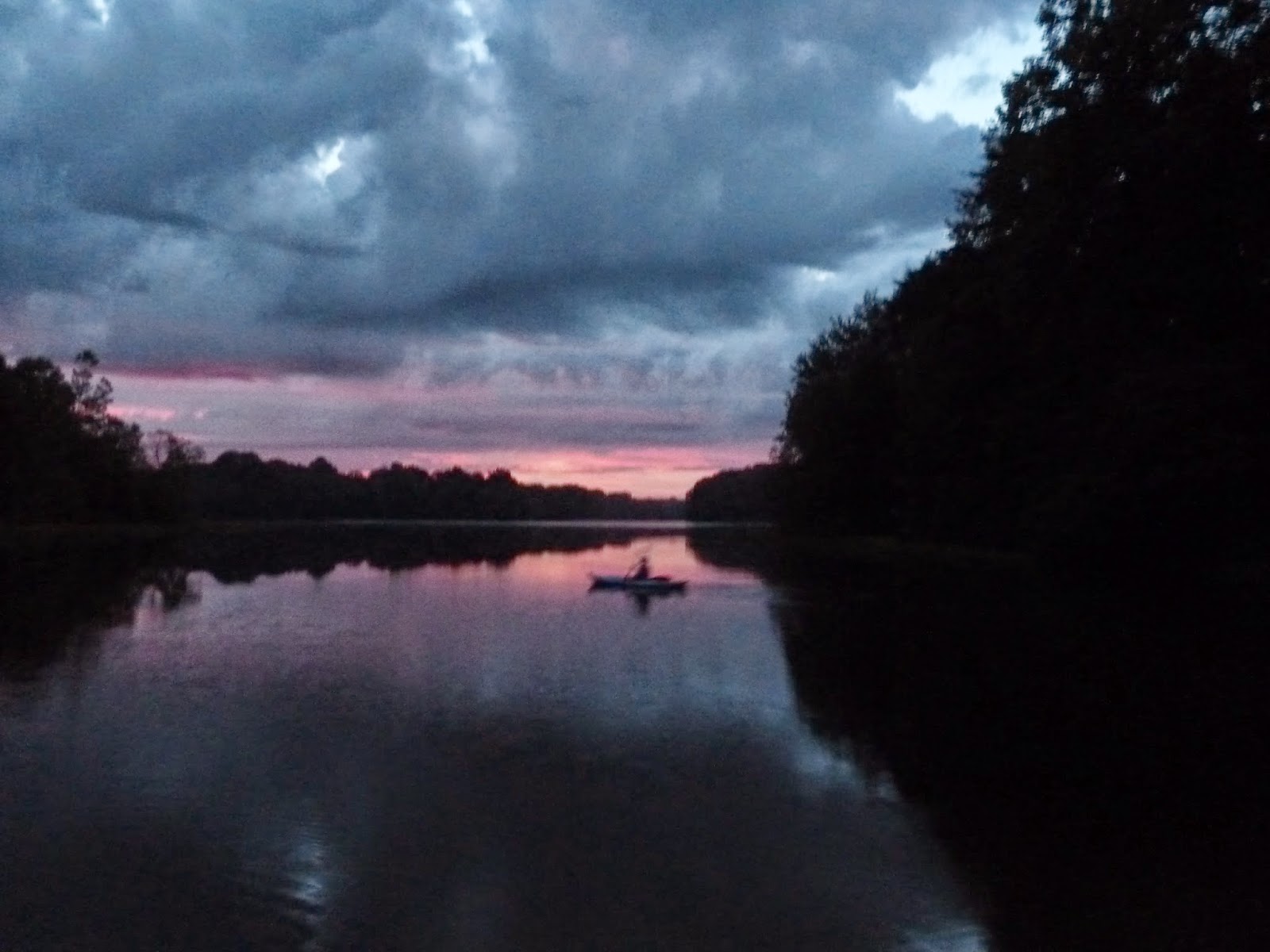 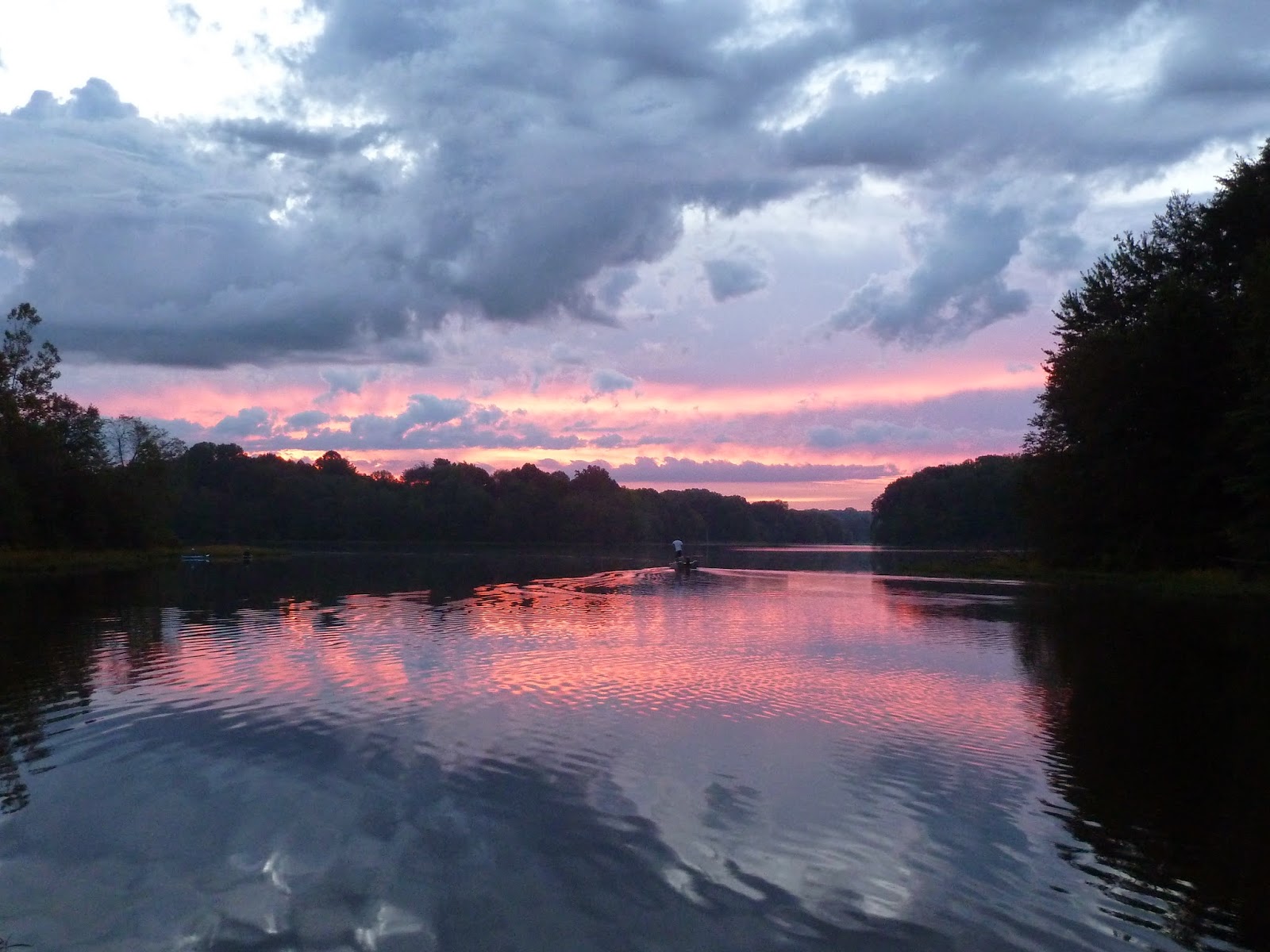 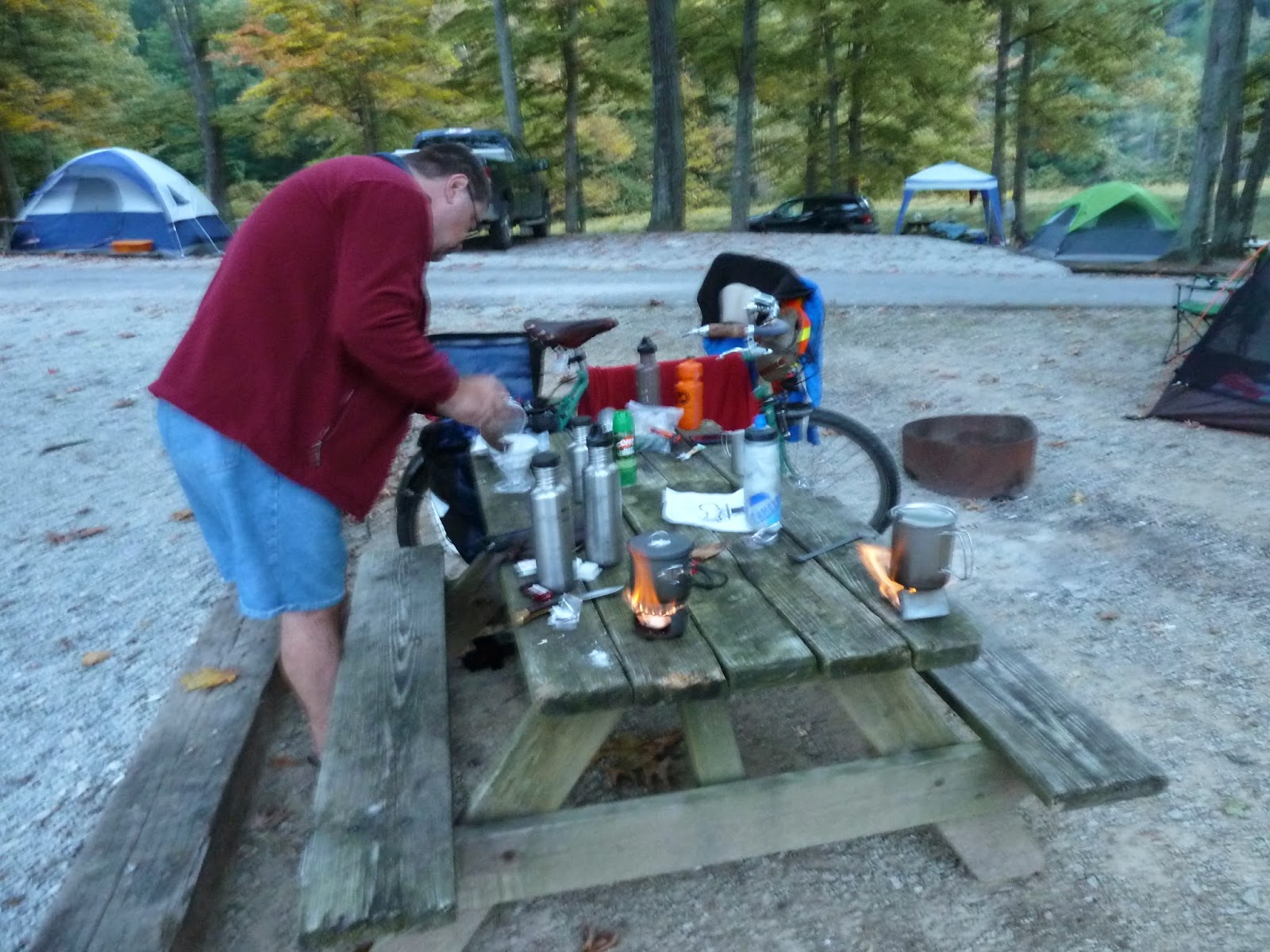 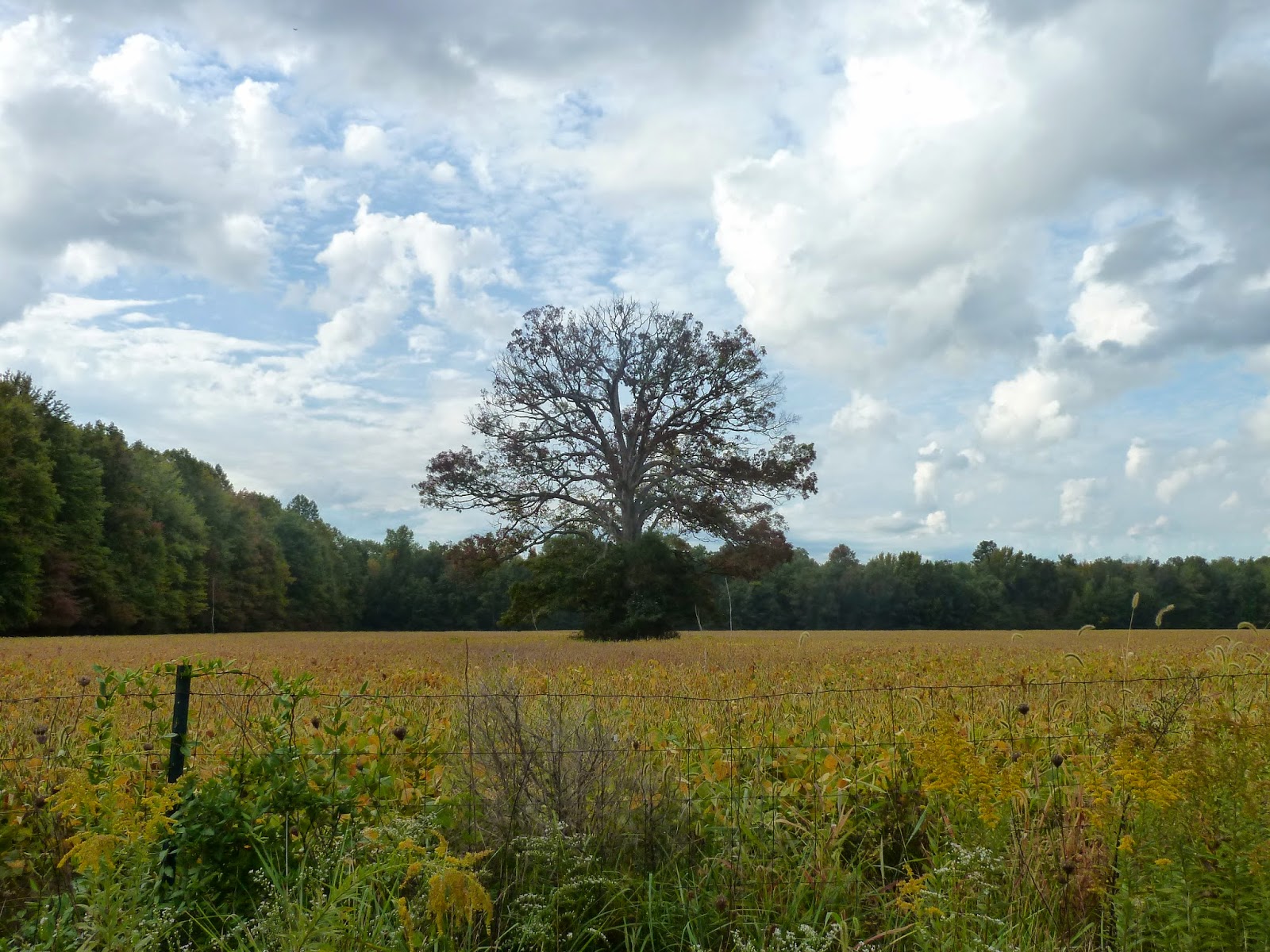 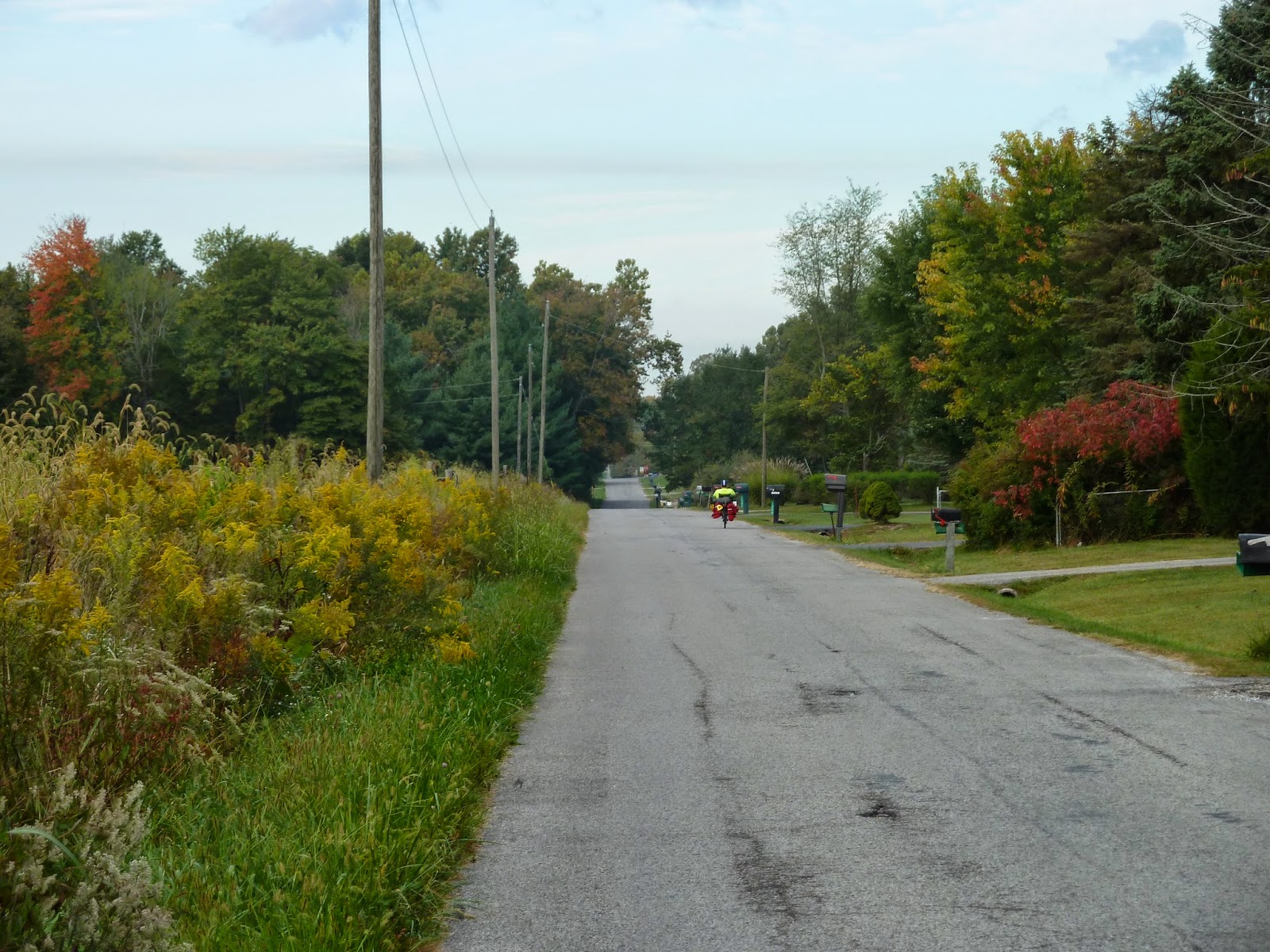 Our morning roll took us in to Scottburg again for breakfast. Things started to subtly shift at this point, at least for me. One shouldn't live by expectations; I claim that mistake. 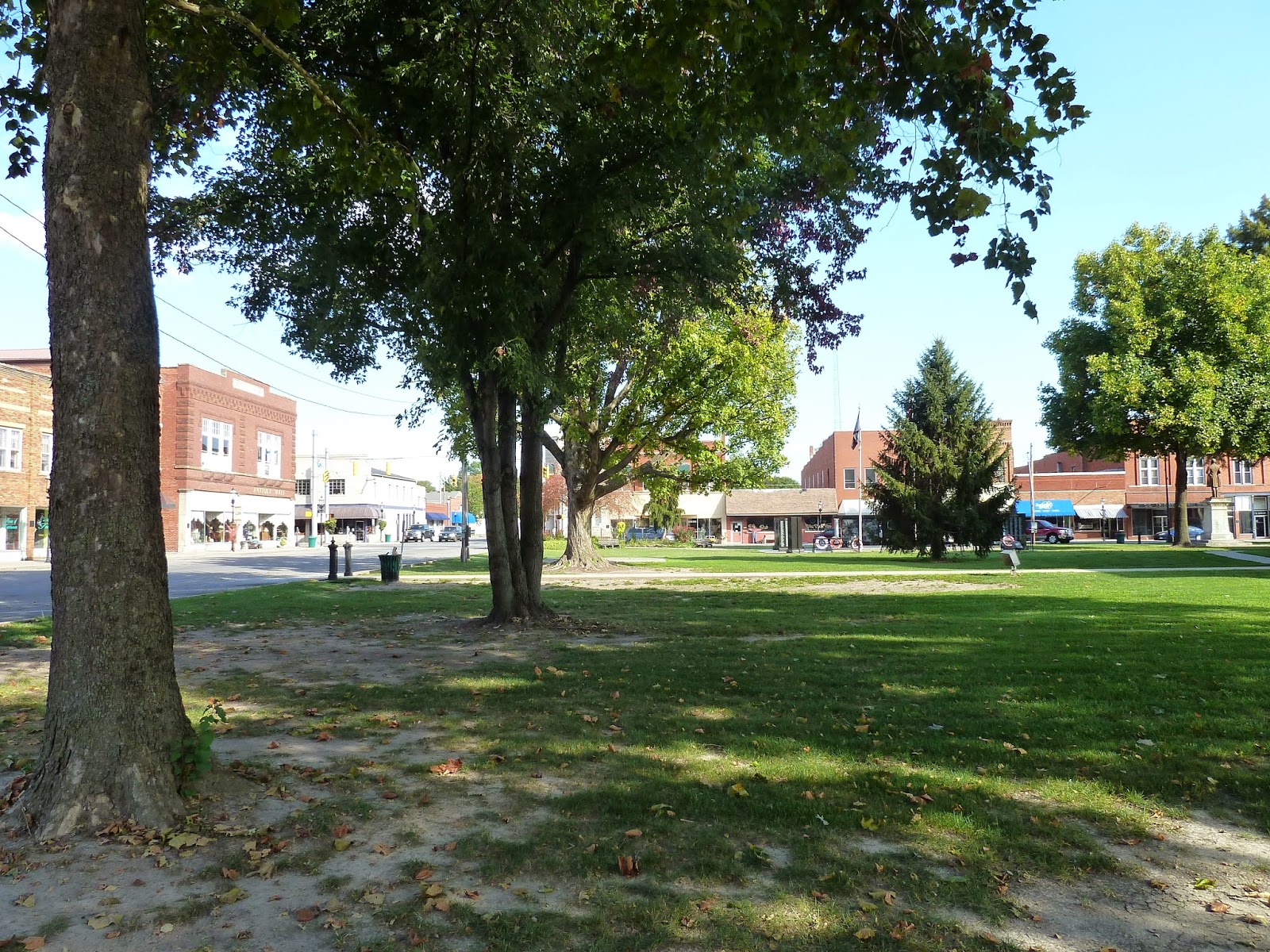 We settled on always-solid Waffle House and then made our way south on a somewhat on-the-spot route, given that Mr. Crowell was not having the best of luck with his gps. A little bit of Fall heat was creeping up, and our (my) pace was creeping down a bit. At some point I began to be willing to walk some hills. Dave kept it kicking on the 'bent. 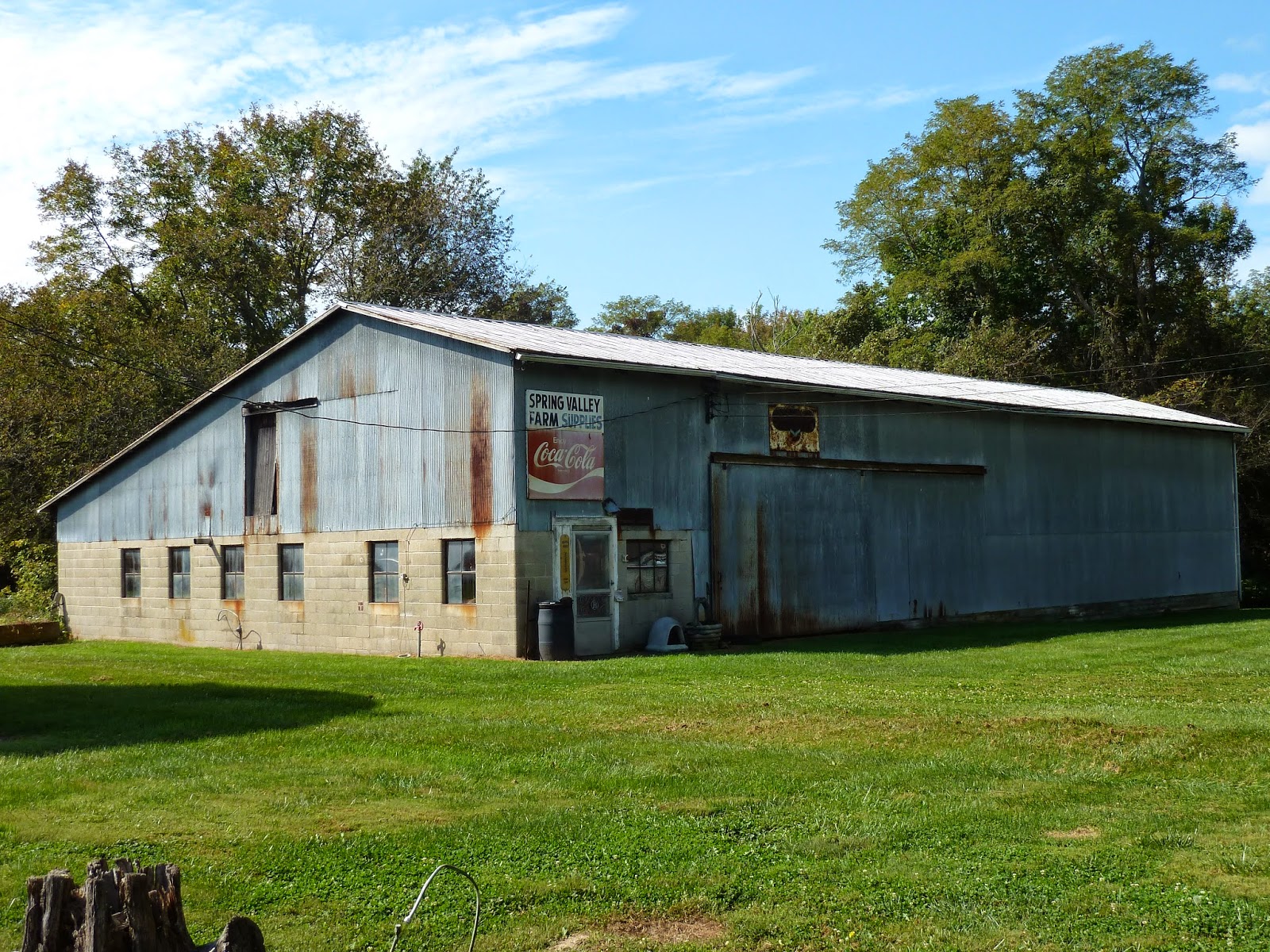 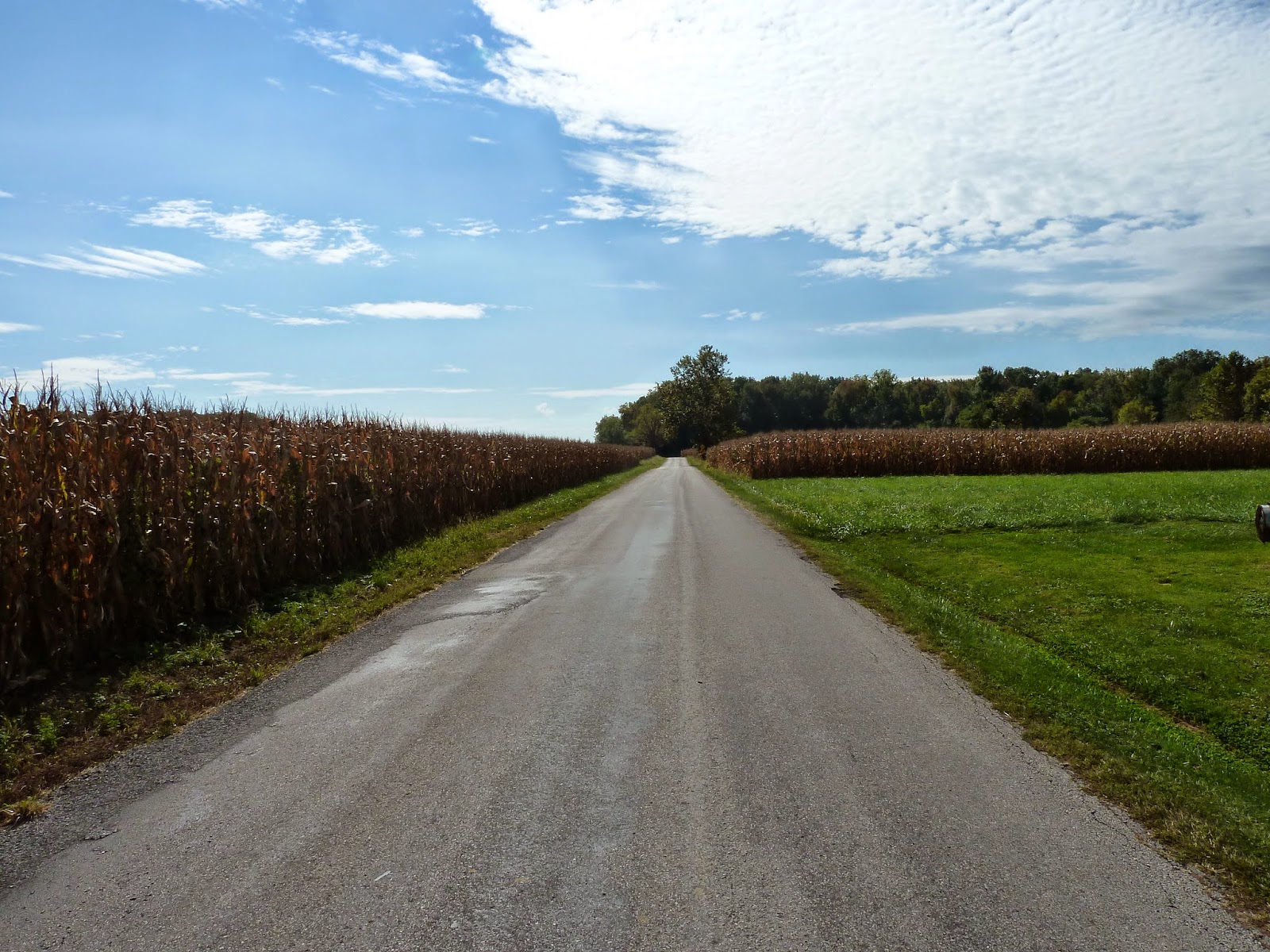 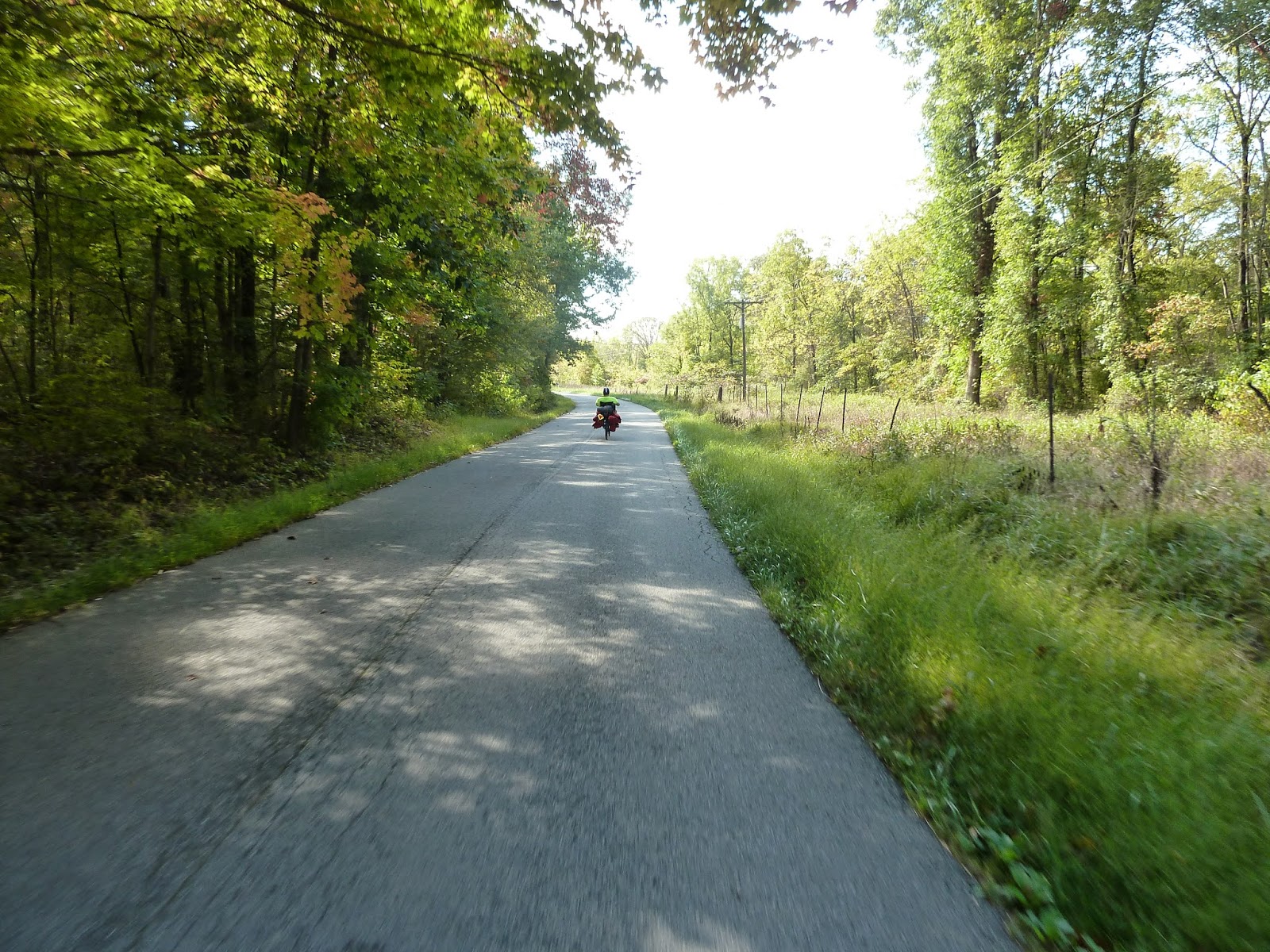 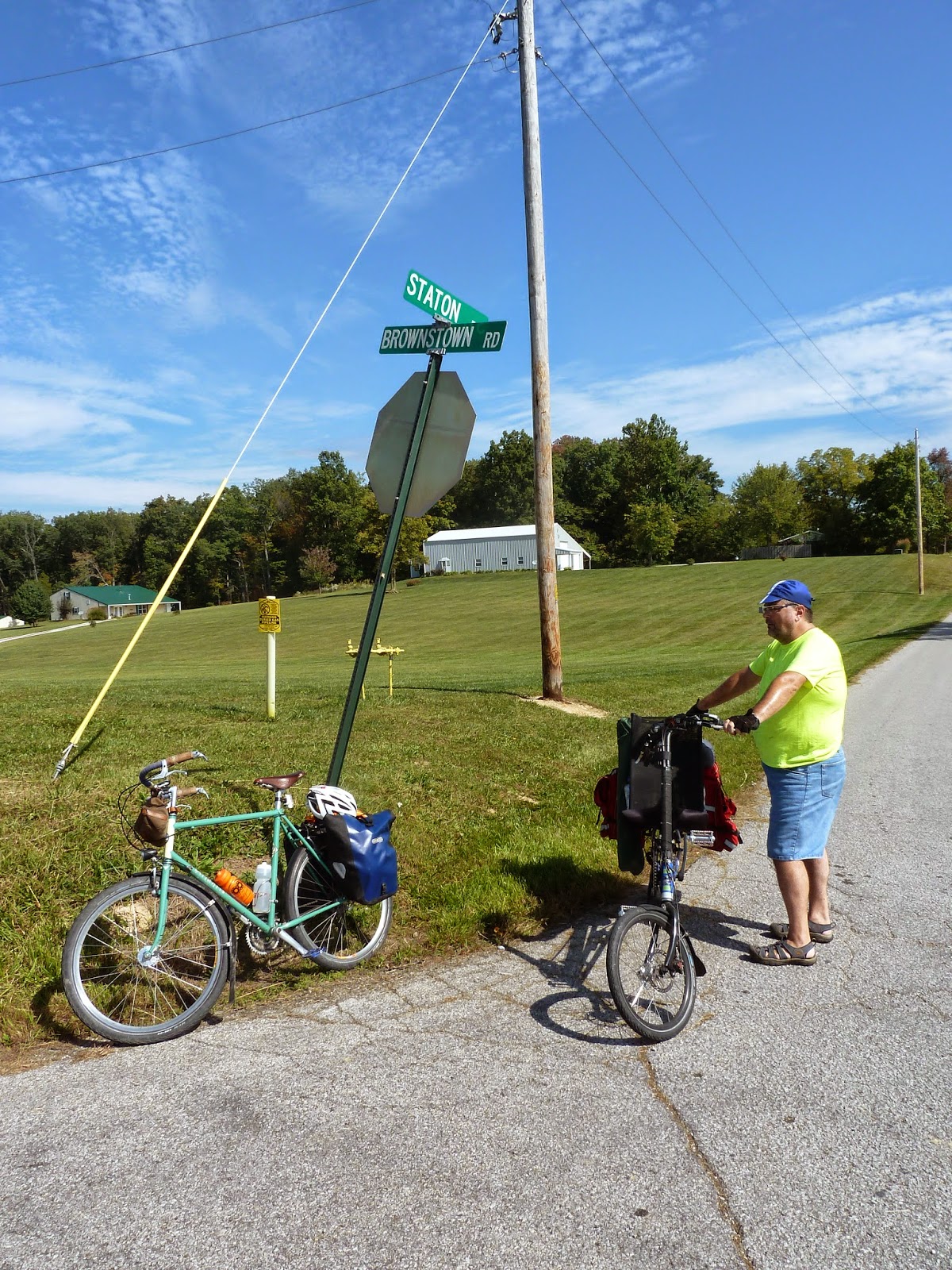 We stopped at Brownstown Rd. to route assess. Sometime after this Mr. Smith became very cranky and leg tired. At some point further along Bethany near Charlestown Mr. Smith had problems going *downhill* on Waterline. Mr. Smith had blown, and blown *HARD*. Mr. Crowell kept rolling along but somewhere along Utica Pike waited for Mr. Smith, whose calves and feet were cramping, and whose derriere was feeling like a steak pounded with a meat tenderizer. Bad.  I crawled into home after having, perhaps, the most punishing 30-mile ride on record. But, hey, the sunrise was something.

I didn't do my Family Camp Hundy for a variety of reason; I'm alright with it. With that "failure" my long-distance efforts have dwindled a bit. The next thing I'm gearing up for is again doing the Bike to Beat Cancer next weekend. I'll be honest. I find the donation begging/asking a bit uncomfortable. That being said, I just have to do it. My friend Drew, whom I rode with last year (along with Matt35) had every intention of riding again this year until he received a pretty miserable diagnosis of a recurrence back in late July or early August. It's back again. They say third time is the charm. Barf! This on really make me mad. Drew has done a great job taking care of himself, eating well, living more naturally, riding the bike. And it's back. And I have no choice but to ride and support him. To further beat the horse good and dead, young Ben, whose brother played tennis for me and whose story also motivated me to ride last year got his diagnosis of a return the same week as Drew. Two folks whom I know and have close connections to.

You can donate using this link: http://www.biketobeatcancer.org/site/TR/Events/General?fr_id=1090&pg=pfind and search for me- Tim Smith- or for our team- Fighting Otters on Bikes. Hopefully Matt and I will be sporting our Team Om Nashi Me shirts from last year.