I know I'm committing regular blog faux pas at this point, what with all the posts sans photos, but so  it goes.  I dragged Mr.Crowell (no other takers) out to Waverly for some trail action this morning, and I'm still hyped. It was such a good morning on two wheels in the woods. My fitness is coming around so I'm able to mash the pedals and throw the bike around to great effect. I set 9 segment records (according to Strava), and I know that is just a reflection of someone getting in shape on the bike. I felt good. It was fun. I attacked things. And the way Dave and I managed the ride, we were able to combine some nice group/solo sections. I think he had a good time too. I'm sure he did.

Better than sitting at home on the damn couch! Get out there! 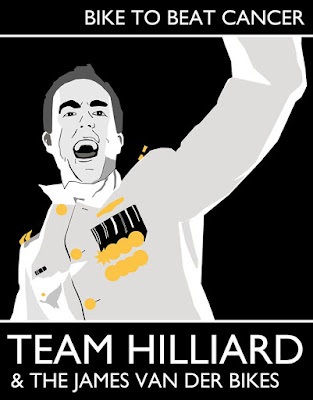 I rode the BtBC with Drew in 2013 to help him celebrate new-found fitness and motivation after his first cancer treatments for osteosarcoma. He and I did the 60+ while Matt had to peel off for the 35. In 2014 I again rode, that time with Matt (and late Wes from work) doing the 60+ while Drew was at the finish rooting us on after undergoing another treatment, this time for cancer which was found in his upper body.

One year later, 2015 finds me doing the BtBC to honor Drew, who died this past June. I'm honored to be a part of a group of his long-time friends, many former students like he from duPont Manual. They are coming from all over the country and have been training, I suspect, for the first time on long rides. I miss Drew and often think of a favorite line from "The Shawshank Redemption". Andy had escaped and Red simply states, "I guess I just miss my friend." I miss Drew, his puppy dog positive attitude, his love of rock guitar, his sincere, muted conservatism, and his general love of friends and good vibes.

I also ride for Ben Hull, younger brother of a Manual tennis player whose time line in the cancer fight mimicked Drew's second go-round. Ben was only able to live 14 years (maybe 15), but he filled the room with brightness while many around him saw dark days. I often think of his parents and his brother and hope they find a sense of peace somehow in the gaping hole left by Ben's departing.

I ask you to visit my personal page and make a donation, be it $1 or $100,000. It was a rough June. It was a rough July. Many people suffer from cancer and many people need support and eventually a cure from this shitty disease. All we can do is do what we can do. I'll be on the bike, remembering Drew and Ben, and missing them both. #FuckCancer
at August 27, 2015 No comments:

I was leg tired this morning and actively chose to drive to school, which helped a bit taking some extra tennis crap back to store at school instead of in my garage.

Once I got home I was a bit more motivated so I jumped on the Jones and got another hour and change in, starting at Seneca first and doing some of those twisty, rooty trails before crossing over to do the traditional Cherokee loop. At one point I stopped to check my phone and stupidly stopped my computer, thereby not recording a nice attempt at speed on the "Three Kings" downhill. Doh! Turning off the computer always causes some kind of dilema.

I backed off and coasted home, but it felt great to get out again. You should do the same.

Nice bike day. Commuted on the QB to pleasant effect. I had some time post-work during L's sax lesson, so after dealing with a flat tire on the Jones (obviously my efforts from a couple weeks ago didn't take) I jammed out for a lap mini trail ride before doing supper. I've stated and restate that I don't really care about Strava comparing myself to the manly men. When I'm 170 I'll worry about that. Instead I set 8 PRs today, suggesting that some fitness is coming my way. Good stuff. Felt good.

Email ThisBlogThis!Share to TwitterShare to FacebookShare to Pinterest
Labels: MtBiking

Saturday was an annoying bike day, as I was planning on hitting some trails. Instead I had to replace yet another chain and cassette. Oh, and I wore out another middle ring, in this case on a Deore crank on the Rawland. Blah. The shop sourced one for me pretty easily, so I'll be back in the middle ring by Wednesday afternoon. Tail between legs. Defeat. Returning home I then did some front tube maintenance on the Jones to get it rolling again, but by that time it was mid-afternoon and I had started on the cheap beer. Later I added a few commuter miles to meet a friend at Great Flood, but ended the day with my beer quotient being much more influential that my mileage one. 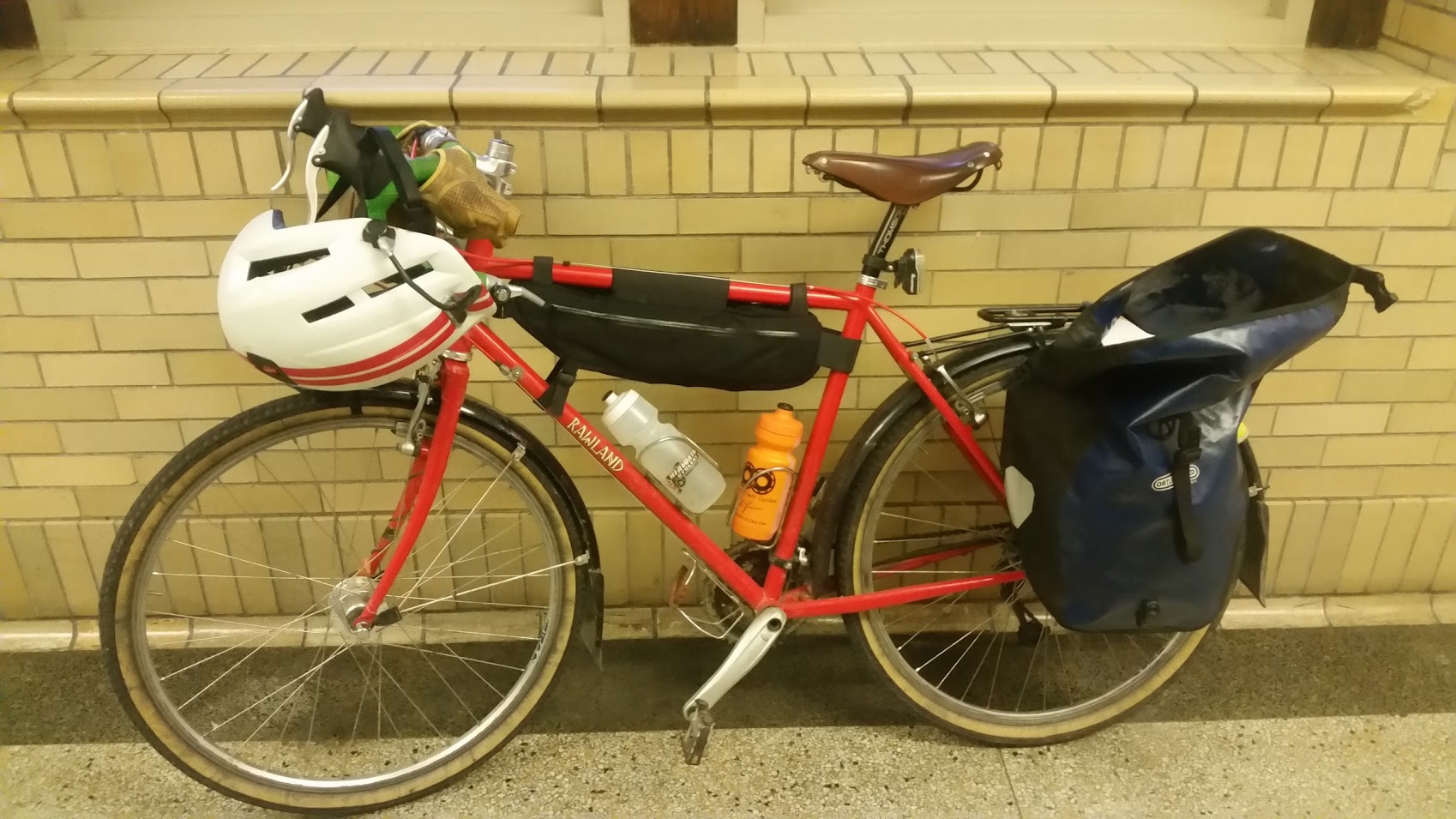 Rawland in commuter form. I rode it all 5 days last week. Friday's commute was among the slowest ever. And that's alright. 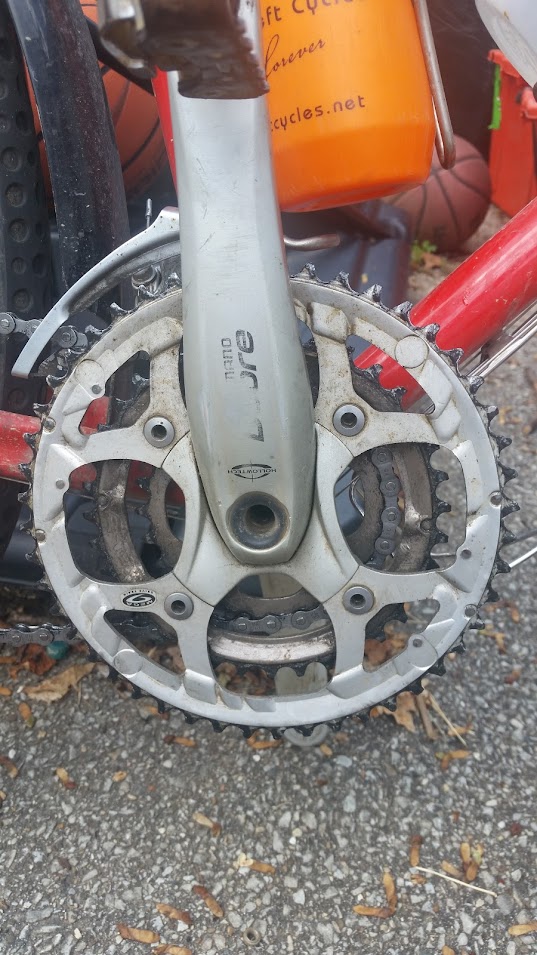 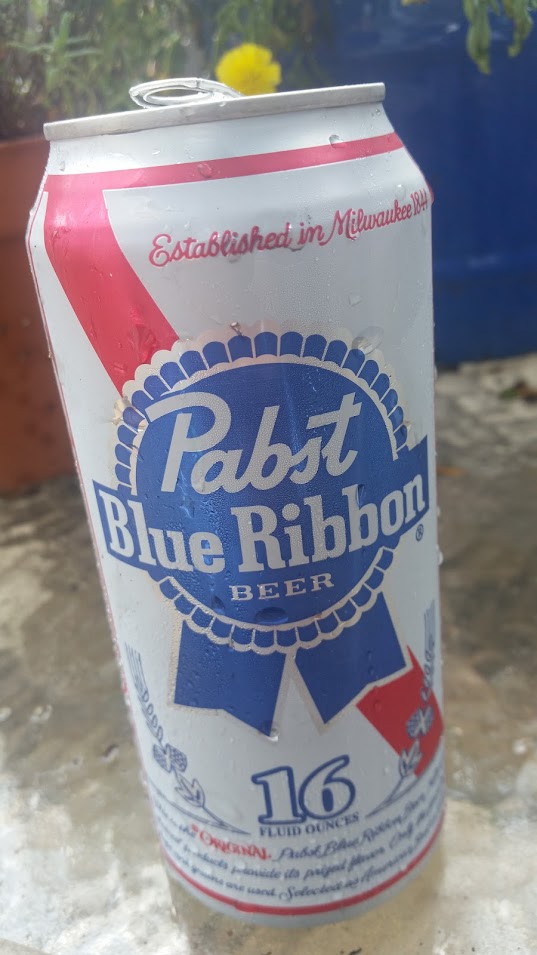 
Sunday Timothy and I were planning to do a long Corydon ride but I bailed due to having some family requirements. I received an invitation late for an early Sunday ride, one where I could get back home at a reasonable time. The original ride was 2 people (including me), then three, one guy 'B' I had never ridden with and the other WrenchJimmy with whom I've had several foolish adventures. All Jimmy's fault, of course.

Pretty much right after meeting at 7.30 the plan then changed to meet up with the "Sunday service" ride, a spirited road ride with some local guys who race 'cross, gravel, and generally are way stronger than I. Yikes.  We eventually found each other in the Beechmont area at S.Pkwy and headed out to JMF. I tucked in and rode some wheels and even took a few strokes up some of the puncher hills in Iroquois and Manslick. I was feeling good. I was a little disheartened when they turned towards Jefferson Hill as I knew it was "off the back time", but a mile or two after the climb there they were, waiting to dish out some more misery. It was very strange to ride where the pace vacillates between 15 and 23mph instead of my usual laggard 13.5. Another more reasonable climb up Martin eventually led to a 20mph+ swoosh along Mt.Elmira and down Holsclaw. Jimmy was feeling some pain for various reasons so when the group went left we went straight to save a few miles, but I ended up right at 50 miles with a nice, spirit 16.5mph pace. I stopped at Breadworks only to be informed that "Sunday brunch" had started with a bucket of suds at Shenanigans, which is B and ShopDrew's M.O. And so I packed up my coffee and bagel and did the post-ride as well. I really, really enjoyed myself, to ride a hard pace and feel like a cyclist and not just a fat guy. I held my own on the flats and short, puncher climbs and have to give my appreciation for waiting on the bike stuff. Racers get alot of grief for their bike attitudes, but this crew proved to be a cool. And sorry to Timothy for the bail.

My energies have gone to G+, Instagram, and I guess just riding. I commuted today but does anyone care about that? I mean, lots of people ride their bikes every day. Not sure it needs to be put in print as such.