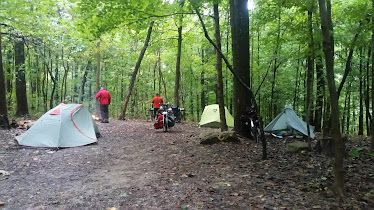 It's that time of year! Seems like we- the group- have a penchant for getting out from time to time for a local S24O. There doesn't seem to be a real logic to when we go, be it February, November, or in June. Eventually folks antsy and we go, and oftentimes go to Jefferson Memorial Forest, what sometimes is called Horine due to it being a former boys scout camp, as I understand.


Given the timing Mr. Crowell left work and made his own path while Mr. Stephens and I met up in the Old Louisville area after having eaten our meals respectively, I with the wife. I guess the theme of the entire out leg was rain. And more rain. And then some rain. It was chillly-55F,  raining and we got wet. It was quite amusing (or not) that the big rotors on the BB7s on the Jones made very abrupt train-like noises, announcing "GET OUT OF MY WAY!", to all. I think I saw a couple folks in cars laugh at me. Up towards the top of Holsclaw Hill I thought I saw some blinkies in the distance and almost caught Mr. Crowell on his climb. We cruised into camp a bit wet but otherwise intact and set about setting up, made all the more interesting by the steady rain falling. Oh, and I had forgotten my headlamp, so I was setting up in the mostly dark. Fun. While Mr.Crowell and I set up tents, Mr. Stephens built a fire...in the rain. By the time I appeared from my tent- somehow set up in the dark- we had an actually fire ablazing. Very, very impressive on the part of Mr. Stephens. He wins.

The rest of the evening involved staying very close to the fire trying to dry out a bit as the rain slowly petered out. Impressively I managed to stay awake until after midnight, but none of us had the spirit to cook anything because we would have been too far from the fire.

Morning-time brought drier skies skies, and Mr.Stephens was able to get his fire going again. Impressive. We did the coffee thing, and some maybe even the breakfast oatmeal thing, although for some reason I didn't. Eventually we packed up, in strange opposition (is that the word? Backwards?) with Mr.Crowell packed up first. A first for everything. 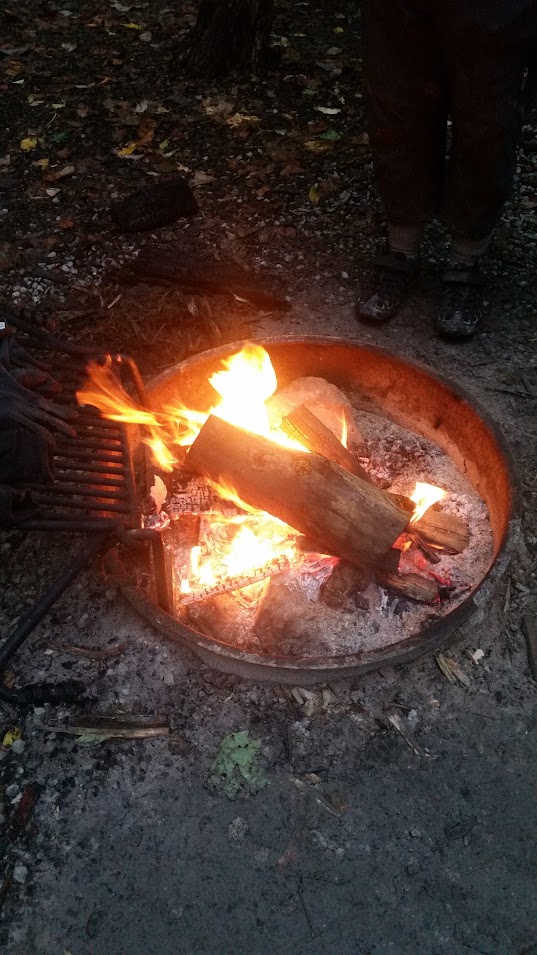 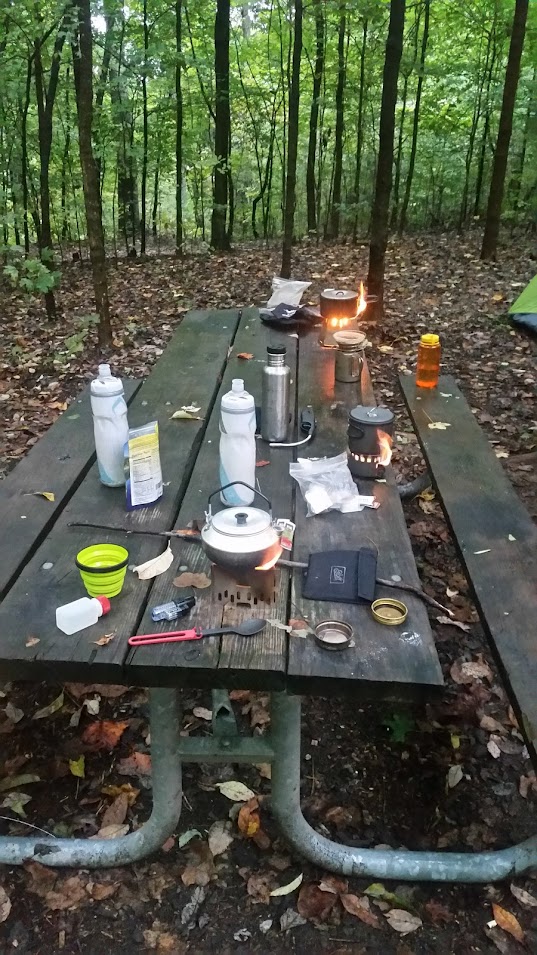 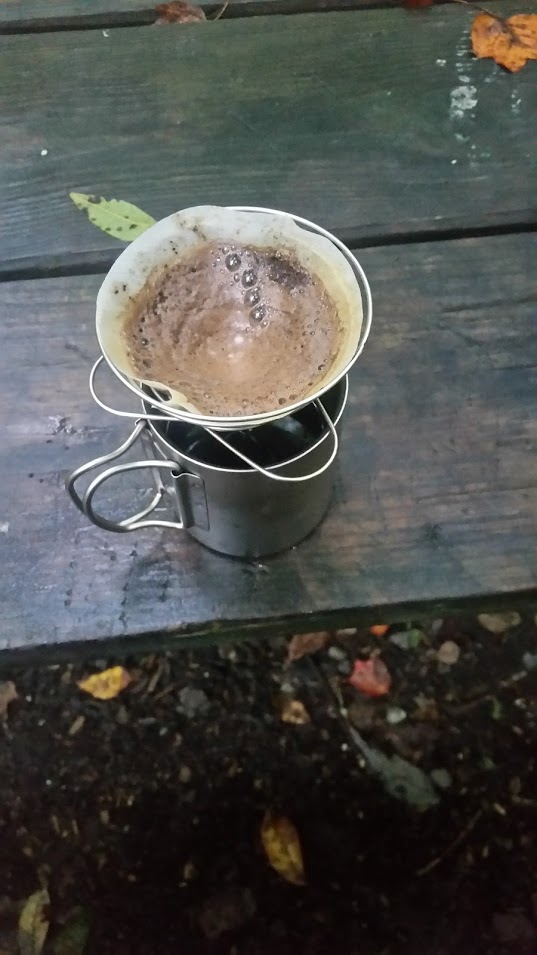 First cup, hard to beat. Even better with 6-month-old grounds found in the garage.

The return to civilization took a turn once the rain started again. We got wet, again. It was sort of cold, again. Our path eventually ended at Twig-n-Leaf for the standards post-S24O breakfast, my favorite event of the entire process to be honest. Eggs, pancakes, and bacon hit the spot after a long night of tossing and turning. Mr.Stephen departed and Mr. Crowell and I availed ourselves of a liquid refreshment at Great Flood, thereby completing a wet, cold, smoking, but none-the-less dandy time.

The wife is bothered by the motto #outsideisfree when one is paying for a campsite and various sundries. What she doesn't realize is that fresh air, the open road under ones' own power, and a sense of accomplishment and freedom is/are what is "free". Monetarily, no, it's not free. Elbow room, yes, yes indeed.
at October 04, 2015 No comments: