Using the Swift Campout 2016 concept as some inspiration, Mr. Crowell and I set about a short-n-sweet S24O on Saturday night, the first in a while. Why we don't do more of them, I just don't know. 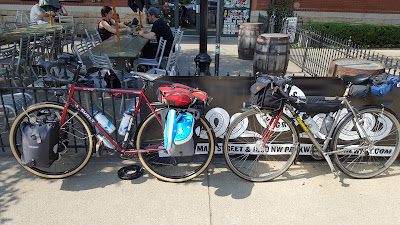 Pre-ride meet up at Against the Grain. 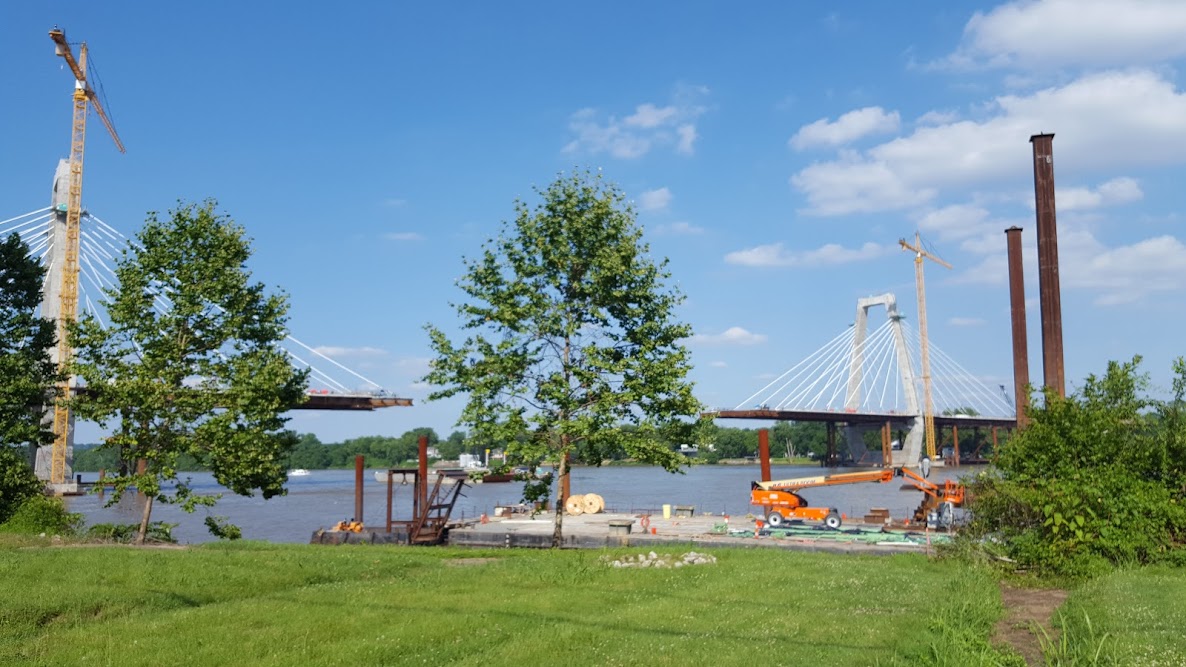 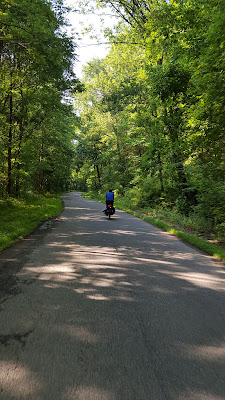 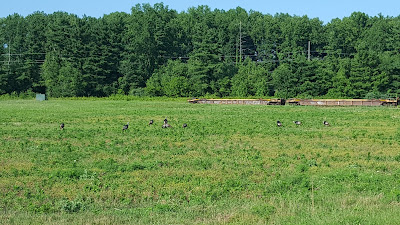 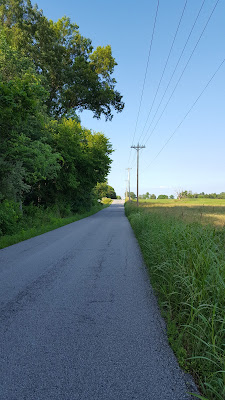 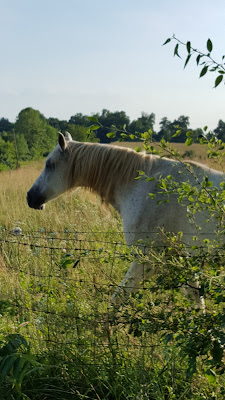 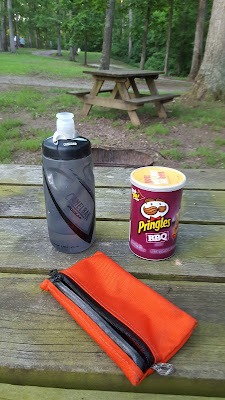 After a warm, sunny 34 miles on the bike, I was craving some salt, so the Pringles did the trick. They might have lasted 5 minutes, maybe less. 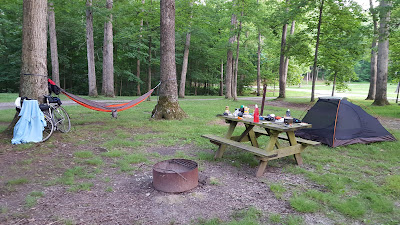 DC with his trusty Alps 2-man. I was trying my Kammock for the first time as an overnight option. Because I rarely write on the blog anymore, I doubt I'll review it, but suffice to say that it was much comfier than sleeping on the hard ground, but even at 72F, the chill woke me up. I look forward to giving it further tests. And with some gift cards I bought the Dragonfly that goes with it. Looking forward to testing even more, because sleeping with the headnet is annoying. 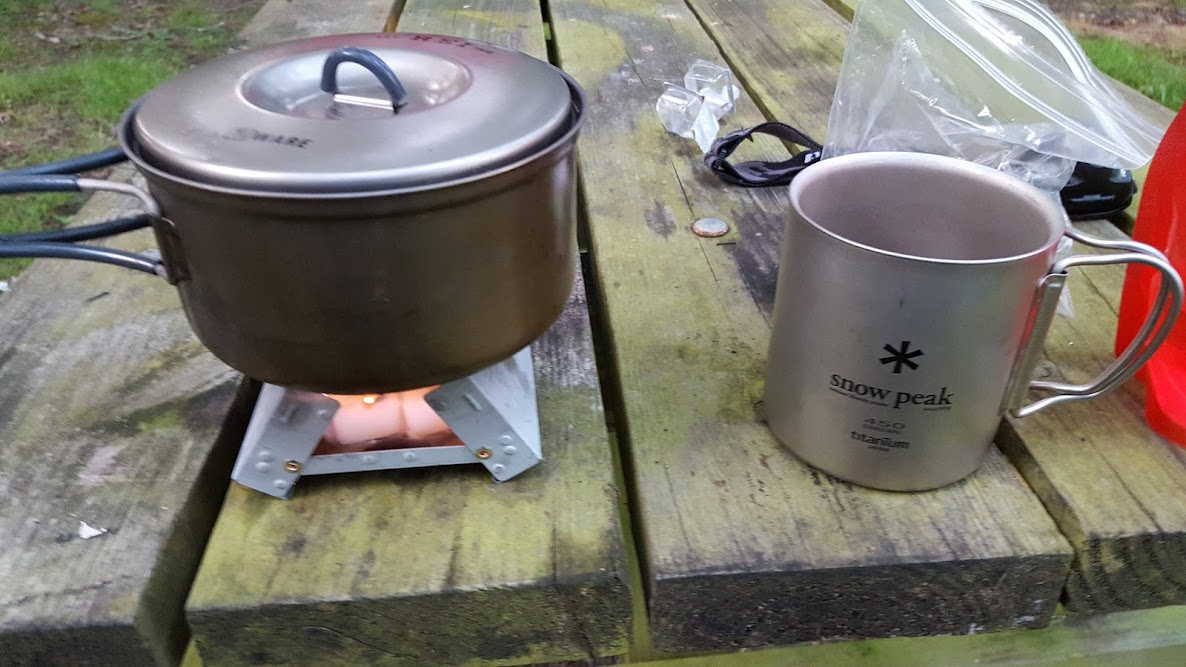 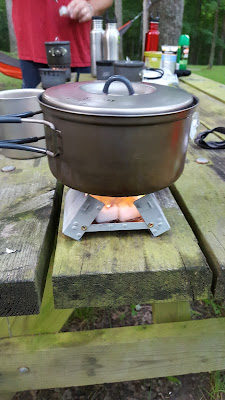 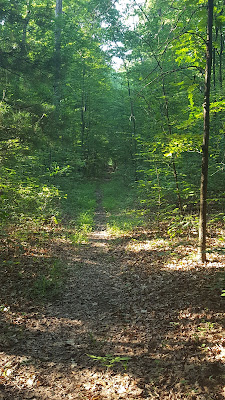 Leaving camp there is a signed cut-through hiking path (no motorized vehicles). It was a fun diversion, but I probably didn't need that much cobweb action so early in the am. 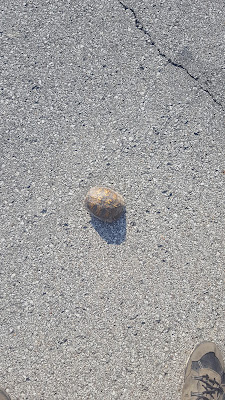 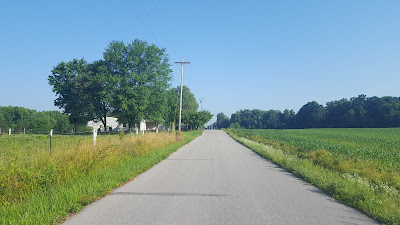 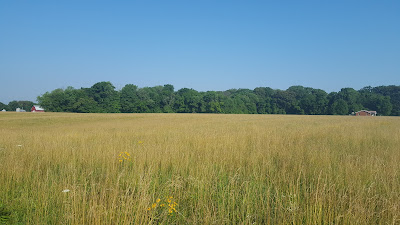 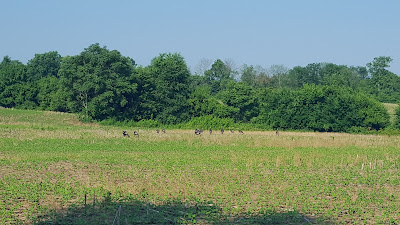 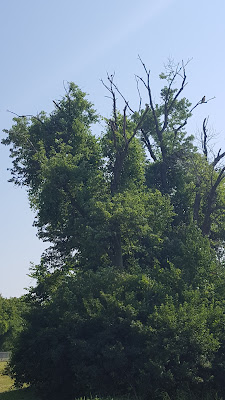 Two raptors in the tree. The one to the right is obvious. Can you find the other? I assume these are red-tailed hawks, but I'm not 100% sure. The size would suggest so, but no red tail was obvious when one took flight.

I miss blogging, and at the same time, I don't miss blogging. It's all so immediate now. You can find me at @transytex on Instagram, where I tend to post more regularly.