Here are some images from the road. 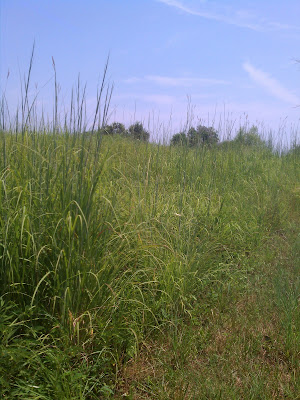 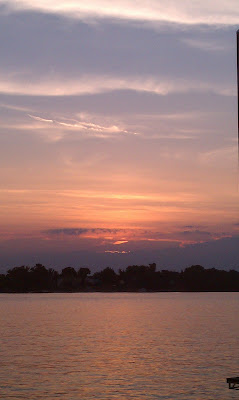 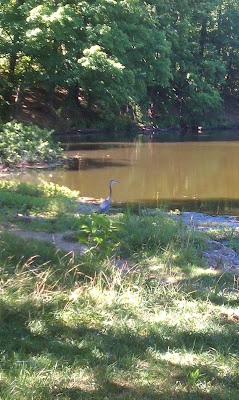 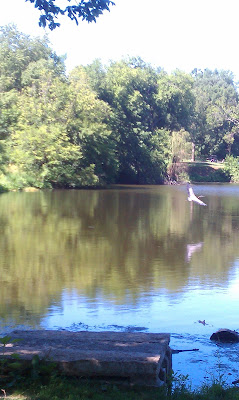 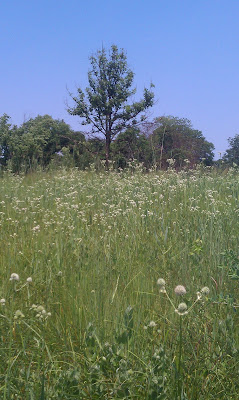 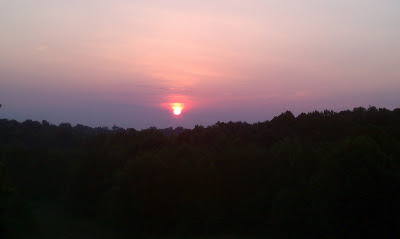 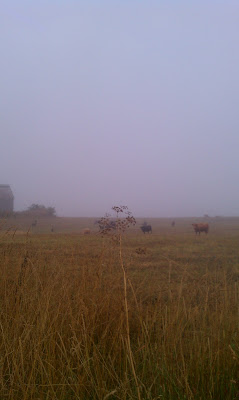 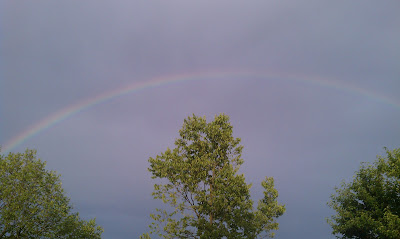 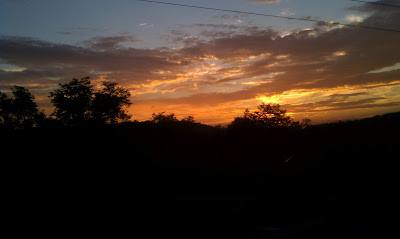 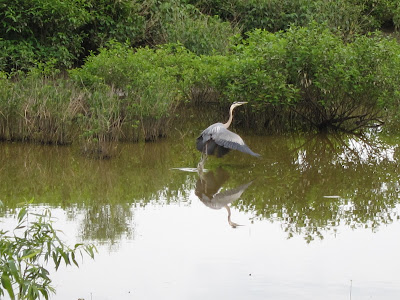 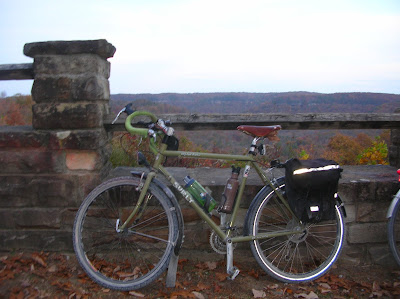 I sold my LHT frame to Derrick from Lexington today, a somewhat bittersweet moment, more than I had anticipated.  It was showing its age and so I decided to sell the 26" LHT and move everything over to the new Troll. The (out-of-focus) pic above was the from Parkers Mt. Fire Rd. in the final 10m of our Big South Fork camping/biking adventure in 2010, personally my favorite adventure by bike. The pic below is from our mini-tour this June '12, a grand time except for the day of cold rain.

The LHT carried me, more than anything, on many commutes, along with numerous gravel miles. It served me super-well. Derrick's household is full of bike usage, bike love and bike adventures, so I'm pleased that it's being passed along well. I only hope that my Troll can serve me as well as the LHT did. 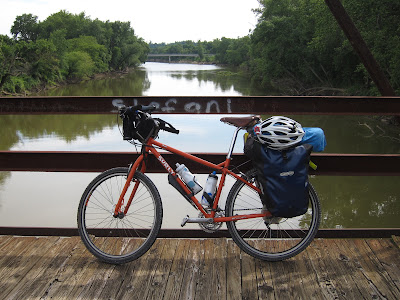 Trying to get miles in preparation for an August prestartofschool Adventure, I awoke early and put in 10 miles before meeting Dave and Asher at Sunergos. After a cup (or two) we passed through Iroquois, the Greyling trail and Blevins Gap onto the lower Levee Trail for a mildly long day in the saddle.

Asher and I took turns putting on the style on the hills while Dave chugged along (foreshadowing).

We did a pretty good tempo up the Levee Trail into Rubbertown, where I took a portentous long pull along Campground Rd. By the time we reached Shawnee I was feeling a little 'blah', probably assisted by temps reaching into the 90s by then.  Asher took an extra lap or two and then we link up to the Riverwalk proper where Dave seemed to rally while I was sittin' and sufferin'; I think he likes the heat. We decided on cool-down stop at Quill's where we all had Mexican bottled Coke for some sugary goodness. At this point Asher faded as well. We bade our adioses and returned to our respective dwellings. With the Loop ride and the early morning extra, I finished with 63 miles.

I'm very pleased to get in the mileage while experimenting a bit with the Troll. While having several other more pleasant distance machines, I used the Troll to "train" for the August Adventure, and I was interested to see how I and my hands stood up to some longer, flatter mileage; I call it a success. I had little hand fatigue or numbness, a problem I've fought with using the Jones bars. I changed the angle recently and it seems to have worked. I also carried some extra weight today including some on the bar. I need a pic to flesh it out. More to come.

I'm enjoying two wheels in this heat. Today I needed to pick the car up from being serviced and somehow my 8m trip became a 21m one, with a little coffee thrown in for good measure.