I'll do one of my handy dandy "Best of" posts soon, but I want to take some time to assess things first. Of note, though, is that 2015 was my biggest mileage year ever. I did a 32-miler today, giving me 4510 for the year. I made mention last year of wanting to supersede 5k, which I didn't achieve, but I'm very happy with my results.  It's been a big bike stable year as well, which I'm sure inspired some of my road time, so I need to supply some information on those changes too.

I'm trying to clean up the moribund blog as well. I've been posting for 10 years now, but if you look around, the blogworld is dying on the vine. I suspect the same reasons I'm not blogging dictate why other folks aren't blogging either: lack of time, lack of content, changing "social media" values and platforms, more activity and less talking about activity.  For me, I fear that fewer folks are posting and reading, so I'm inclined to write less as well. I use a rss feed reader on my tablet to keep up with blog traffic, but I don't like it that much and its quirks don't allow for easy commenting. Just now I deleted the "blogs" links on the blog sidebar because so many of them were hopelessly out of date. People change. Platforms change. Interests change. But it doesn't mean that I'm not interested in what Pondero, AMidnightRider, or Doug (Who is back!) are doing on bikes. The blog flow has just changed.  One goal for the depths of winter is to clean the blog presentation up and rebuild my blog list with blogs that are interesting, active, and reflect my current interests.

It's winter break, i.e. Christmas break, so amid family, food, more food, even more food, friends, and frivolity, I've been trying to get out and ride my bike(s), to reasonably good effect. Temps have been above normal, although the recent rains have dampened things a bit. Yesterday (Tuesday), I heeded the call of a "meet-up" email to go on an urban ramble marketed for mountain bikes. Barturtle, Micah, and Stephanie joined to became a peloton of 5 with a route designed and captained by Mark, with whom I rode on Barturtle's gravel ride back a few weeks ago. Mark's goal was to visit some new areas and cross several pedways over Shawnee/Watterson Expressway. We totaled 35 miles on the ride and four of us finished with a nice (albeit slow) lunch at Game . I had the Angus burger b/c I'm too cheap to pay $18 for a damn hamburger. Both the sandwich and fries were good, though. With the ride there, mileage for the day totaled 42, which I'm really pleased with. Some images: 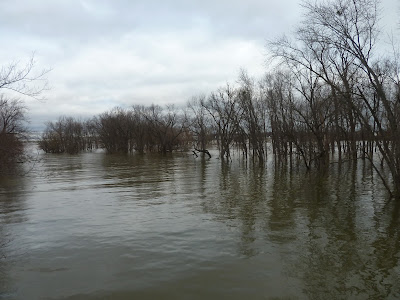 Our weather has been wet but not dangerous. This is an image of the 'cross park 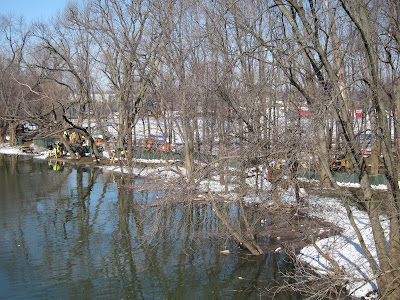 This is not a perfect compare but pretty close, with the 2013 river level issues at the 'Cross Worlds that year. I think it would be a bigger problem now. 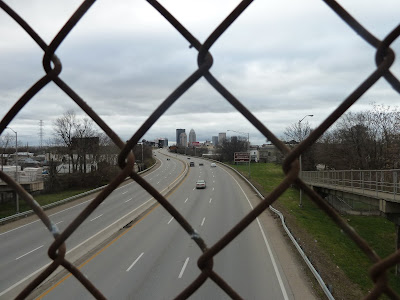 Crossing I-64 at Lannan Park 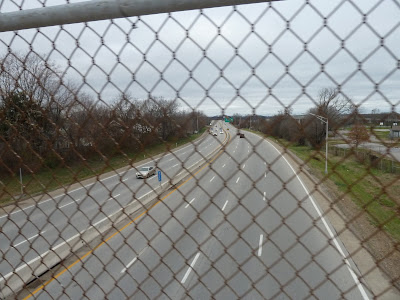 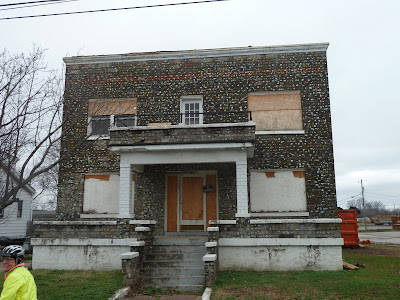 Really cool mosaic house deep in the West End. Not sure I could find it on a map. 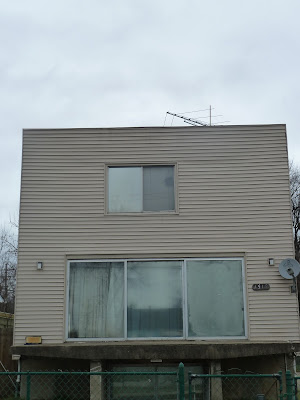 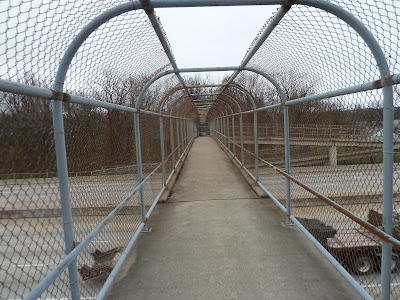 Crossing the Watterson at Watterson Lake Park in Shively 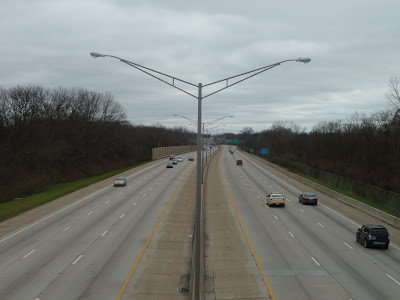 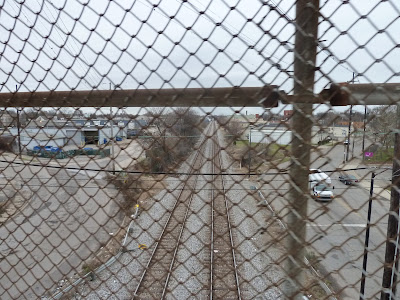 I missed pics at the Southern Middle School (it has a different name now, but I'm old school) and Hill St. crossings, but I suspect everybody will live. I'm also trying to play with some new video options, but am not yet ready to publish  (aka I don't know what I'm doing).  Suffice to say, though, it was a really, really nice day on the bike even if my toes and hands got cold from the headwind. Thanks for the route, Mark.

Sr. Smith is a little down these days, so I'm going to post some outside pics to pick me up. Hope they pic you up as well. 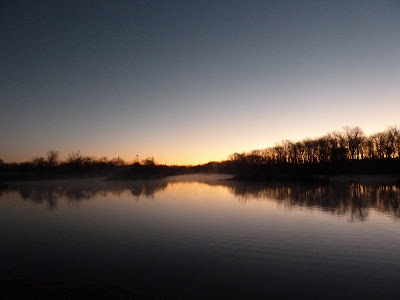 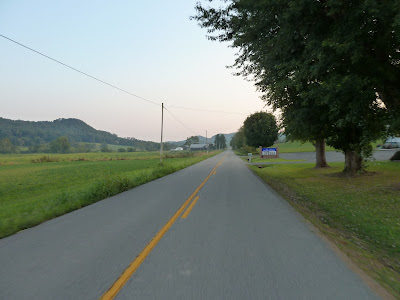 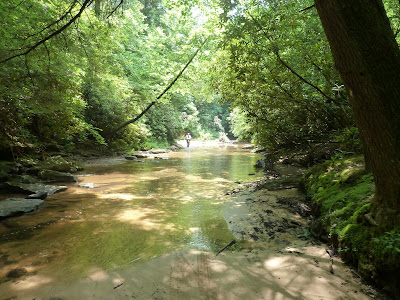 Somewhere in DBNF in June 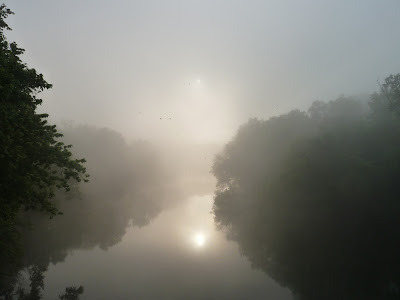 Crossing the Rockcastle River watching the swallows in June 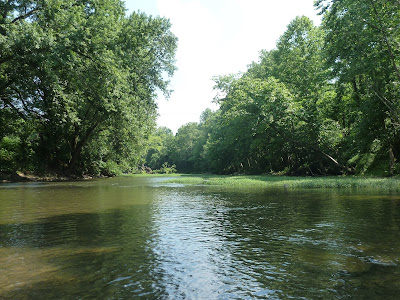 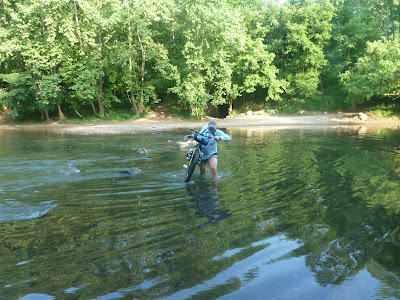 PJ with a morning crossing before a hot, long day in June 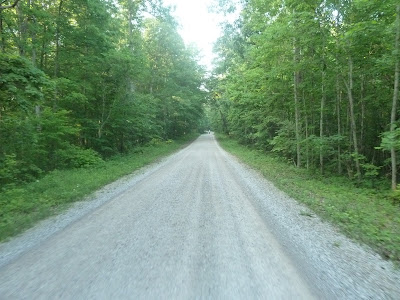 In terms of "flow", maybe the best hour of cycling of 2015 along the gentle downhill of Carpenter Ridge Rd. near S-Tree in June. 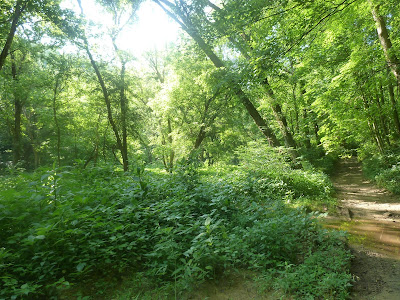 Looking for rustic roads we found them in spades along Wild Horse Creek in DBNF near S-Tree in June. 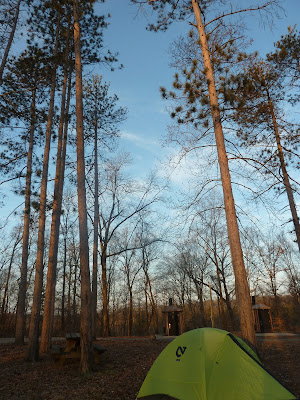 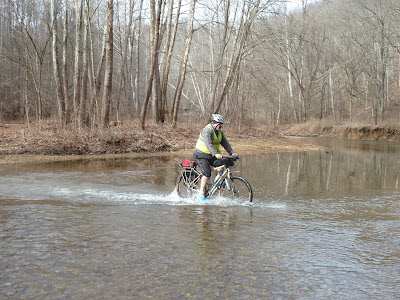 In hindsight I tremendously enjoyed my DBNF ramble with Mr.Crowell in January. We covered all the bases that day, all in our own typically methodical-but-adventurous way.