Trying to recapture a bit of our cycling youth, i.e. what we did a few years ago, Mr. Crowell and I have take a few country rides of late. This past Sunday we took a route designed by DC out of Sonora, KY, which is south of E'town about 55 minutes south of Louisville. It was new country for both of us. It also added into my new-found obsession with my Strava Heatmap. I don't really care about my segment times (much), but I sure like to fill in more squiggly blue lines on my own heatmap. This 37-miler did the trick. It started cool and misty but ended quite warm, and I personally ran out of water. So be it. I enjoyed myself and generally felt good on the bike during the course of the ride, so it's a win/win in my mind. Some images. 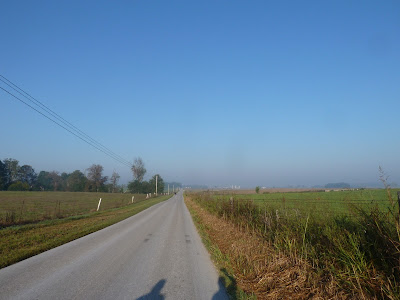 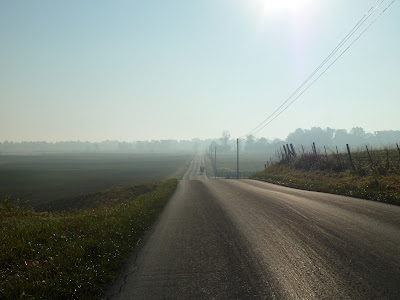 If you look carefully, you might make out the image of a horse-drawn buggy down this road. Where we parked in Sonora, it was church time for the local Amish population. As such we saw maybe 10 buggies making their way. This one in the pic was piloted by a boy of 13 or so, and the other 3 in the buggy were equally young. 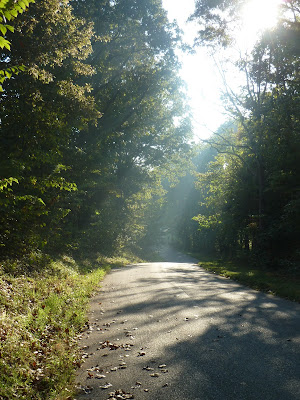 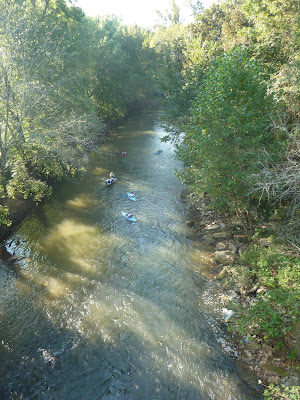 Some kayakers on the Nolin River. We missed what could have been an interesting portage on the north side of the bridge. 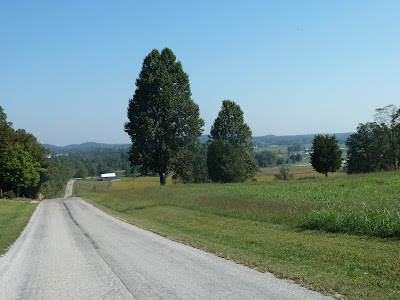 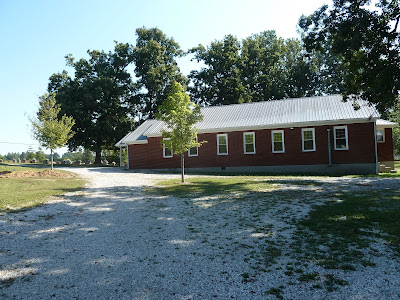 No water at this church. The cheek!! 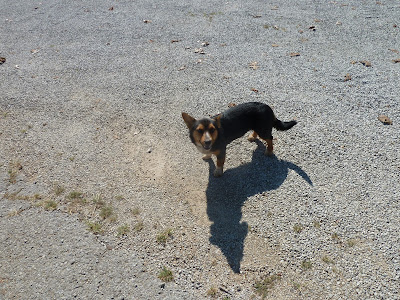 This guy was quite friendly, and as dogs are sometimes wont to do, he followed us for a good while. I almost put him in my randobag and took him home. 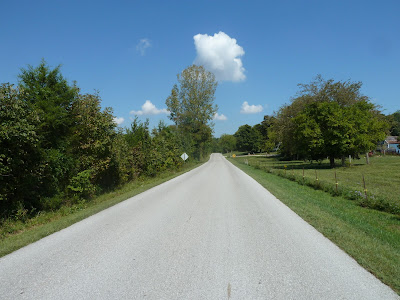 Fatbiking the Falls of the Ohio

Brian S and I took advantage of a dry spell and spent a Sunday afternoon 2 weeks ago to fatbike the area around the Falls of the Ohio. Brian had explored this same area when he was younger, but I have never ventured out on the rocks. I'd say we were out for a good 3 hours and went a grand total of 5 miles, but every one of those miles was earned. While seemingly flat, the constant texture changes in the rock made for tough pedaling, but what a great place to practice riding skills with the constant weight shifts and front-end work. The other drawback was our unseasonably hot temps. We started to bake out there with the rock acting as oven.

All-in-all it was a really fun afternoon. Here are some shots. The others are on my phone somewhere. Too much tech. 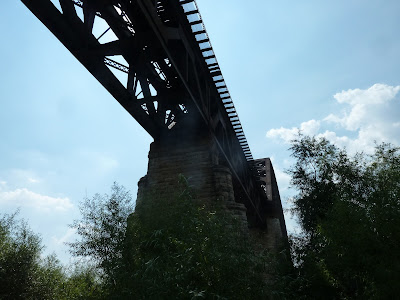 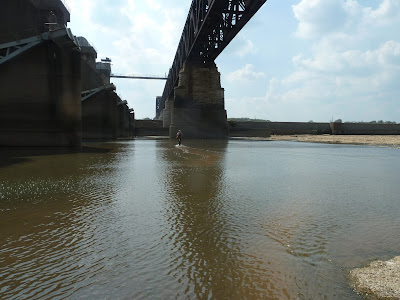 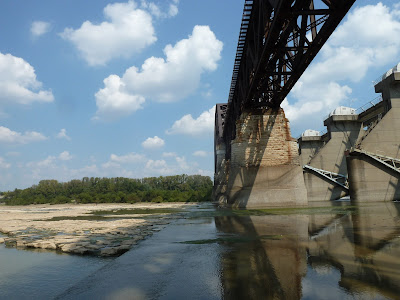 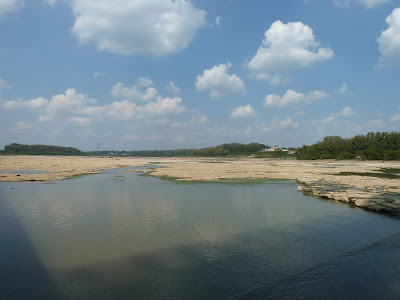 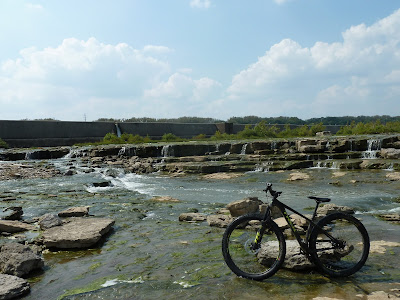 Brian's Trek Stache+ bike, which he loves. He decided that the extra width of a 4" bike would be worth in at the Falls, for both sand and rock. 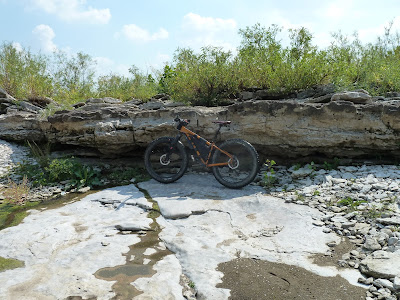 The Muk, which did the trick. Probably wish I had run an extra 2-3lbs just for safety sake. 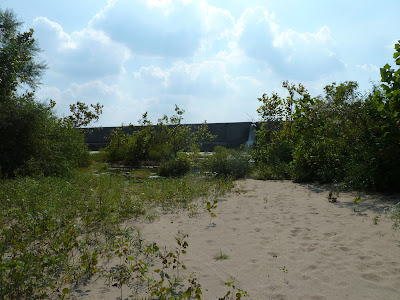 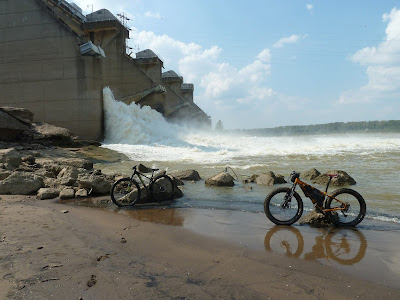 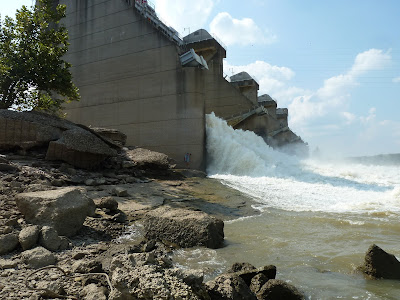 Brian for scale at the hydro plant. It doesn't supply much energy, but does some. 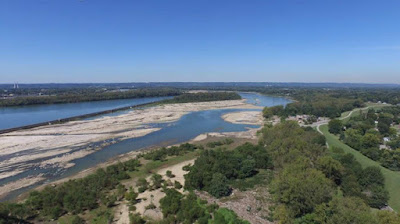 Borrowed from the website listed above. Our route took us all along the rock formations to the left to the end of the island, seen as the green area in the center. We made out way back and then took the right bank up past that bulbous formation of rock in the center before bailing and taking a bit of road back. We were hot and tired.
at October 02, 2016 1 comment: Links to this post