I might have forgotten my Xmas day ride, but I haven't forgotten today's. I had a 4**** ride today leaving from the in-laws in Maysville. A very common activity in Maysville is eating, so these rides help to fight that, as well help to give me the opportunity to experience empty country ride riding at its best. Today was one of low grey skies, very windy conditions and no sun to speak of, but I won't complain one bit. I had good legs and a positive attitude on the Bleriot. It was just one of those days when it all came together. Sometimes I wish I could find some fun companions to go out and put miles in around Mason Co. It's just great for riding. 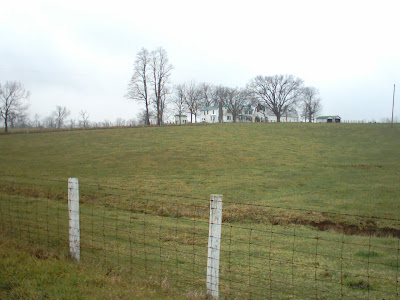 Don't guess the Pencam captured the image here all that well. I found the green-roofed farmhouse intriguing. 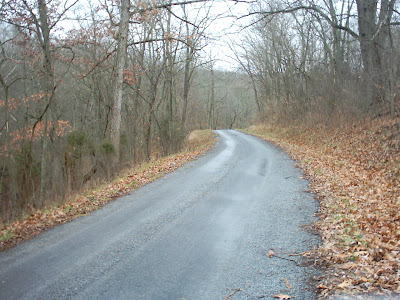 A severe downhill onto Johnson's Creek Rd. Coming out the other side wasn't as steep nor as long. I use the brakes quite a bit on this drop. 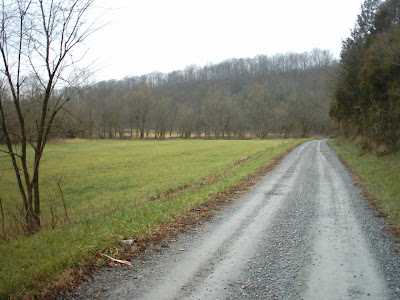 Yes, that's gravel. Progress in Ky means that most of the roads are now paved, but I found one that isn't. After reading all those reports from New England and from Cali about famed rough roads just built for "country riding", I finally found my own. You can't get much more isolated in that part of the woods than this stretch of nowhere. 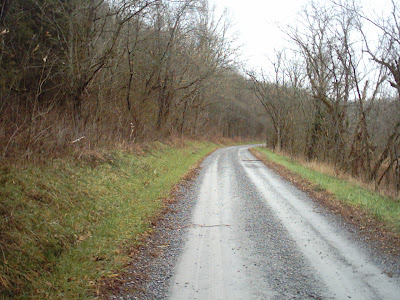 The other direction, towards the only dwelling I saw on Johnson's Creek. 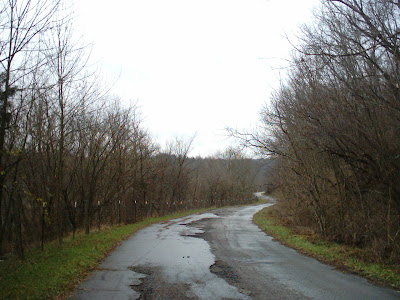 This is the "paved" stretch up towards KY-68. What I later decided is that this is probably the original 68, before improvements took it over the ridge to the right. It had been paved at one point, but all that is disintegrating. I enjoyed this portion. It was utterly empty and made for scenic climbing out of Johnson's Creek. 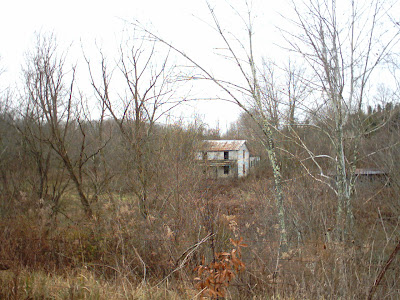 Old farmstead off Weaver's Rd. Spooky as hell. I'm always surprised how many empty old homesteads there are in this area. The good wife found a bound atlas from 1876 in her grandparents' house today. It lists several homes near her parents' that bear no evidence to speak of now. Buddhism says it's all impermanence, and I'm bound to agree. 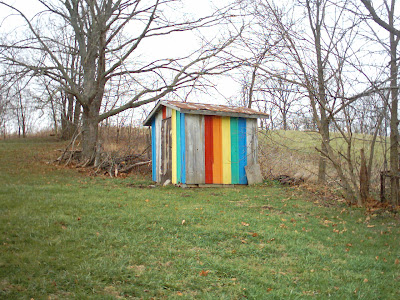 Frankly I doubt know, but I like it. The drapes of the house and some accents on the porch mimic this. I can't imagine someone expressing overt gay pride in this neck of the woods, so it needs to be studied more literally. This is found on the same road as where the brother-in-law lives, on Old Sardis Pike. Sure is happy, isn't it? 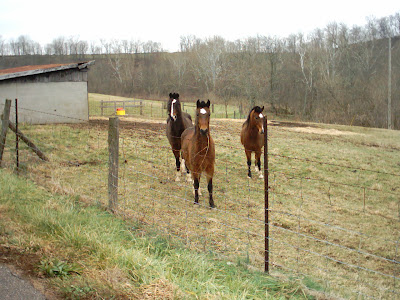 Great moment here. These fuzzy young colts/yearlings came up to greet me, I'm sure looking for a handout. They're all pretty aren't they? Shortly after they bounded off enthusiastically.

And below is the ride.