Wheel fix in hand, we first hit the Wal-Mart on the other end of Richmond for some supplies and then the road- 421 to be specific- for our drive down to S-Tree campground. From there we would camp and then have a solid Sunday ride to finish out our tour. The drive down into Jackson County and into McKee became more and more rustic as we traveled, although McKee itself reminded both of us as a true mountain town, a single strip of tenuous life harbored between the impenetrable walls of the forest. We found the entrance to the S-Tree area via yet another 1+mile climb, this one gravel, forested and rather steep, both of us imagining our arrival via our loaded bikes instead of the relative comfort of leather seats and AC. We situated ourselves at one of a few campsites left, the remainders filled with pickups and a few campers, although with virtually no one around. You see, S-Tree is noted as a starting point for ATV, 4-wheeler and moto-adventuring with the nearby Renfro ATV trail. Over a cup of evening coffee, we decided that the campground was giving us a weird vibe. Only one family was at camp, but the chatter, hollering, and moto-screeching felt assaultive after our hippie love-in at LagoLinda. We bothed desperately wanted to ride more, but the time, the scene, just didn't seem right somehow.

We loaded up to head home. First, though, we decided to do a bit of adventure driving (the SUV being a 4-wheel drive vehicle, right?), following the intended course down Racoon Creek Rd. into Dango and out Lone Oak/Horse Lick Rd. The pics that follow only begin to express how gorgeous and how tough the "roads" were. We confirmed with each other time and time again that there was no way we could have done this route as the 4th day of the tour. We needed bigger tires and maybe even suspension, much more fitness, and certainly the knowledge of what faced us. It was as similarly intimidating as the BigSouthFork route from '10, only I think the surface was more challenging, boulder-strewn, and impenetrable. FYI, our drive from the bottom creek to the paved 1955 had us at 11.5mph avg...in the car. On a loaded bike?

We will be back, though. Beautiful! 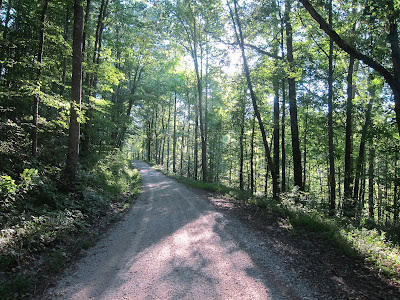 Somewhere at the bottom in Dango (no dwellings, just a name), we ran across 5 or 6 atv riders. I conferred with the "leader" who verified the way for us to get out. Impressively, my car gps and the hand-held Garmin had the necessary goat paths, both better than the county map which seems to have given up. 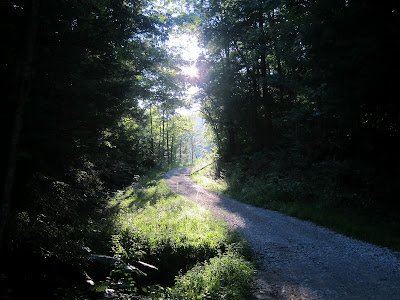 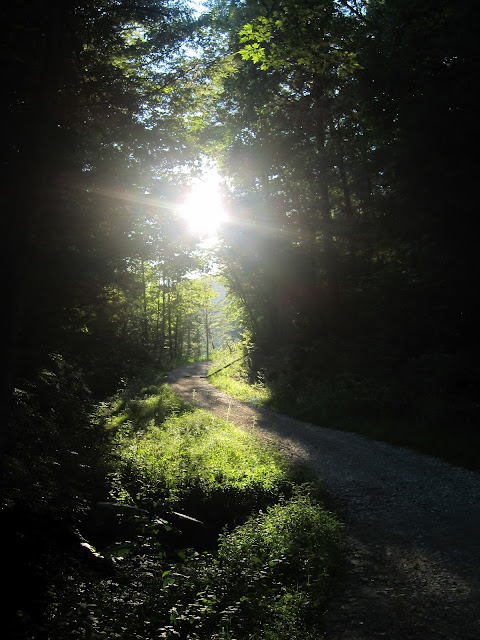 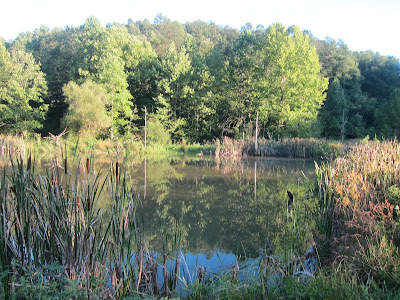 We exited onto 1955 and set the gps for home, still taking in a few paved roads that would've been on our Day 4 route. I don't know what to say other than I wouldn't have been able to pull it off, I think. Amazing terrain, though. Powerful. I sit here a few days later sorry that we "gave up", sorry that we had mechanicals, sorry that I didn't have the necessary fitness, and hoping for a return sooner than later.

I enjoyed the entire report, and was pleased to hear that the trip apparently left you hungry for more.

I guess the Troll did his job, eh?

More excellent scenery ... and so gnarly. It would have been such a sufferfest on the bike. Glad you still got to see the area though and get a taste for what's there, and a better idea of what's needed to actually be able to explore it.

Well, flexibility is key in enjoying a tour.

You boys were all up in it. Those are some great roads you were on. And there are more like it. The scenery around here is fantastic and sometimes I take it for granted. Always nice to see it through someone else's eyes.

Every time I go to Louisville I think about moving back there. Then I come home to Berea and am reminded why I stuck around to begin with.